A Look at Portable Prototyping
Continuum 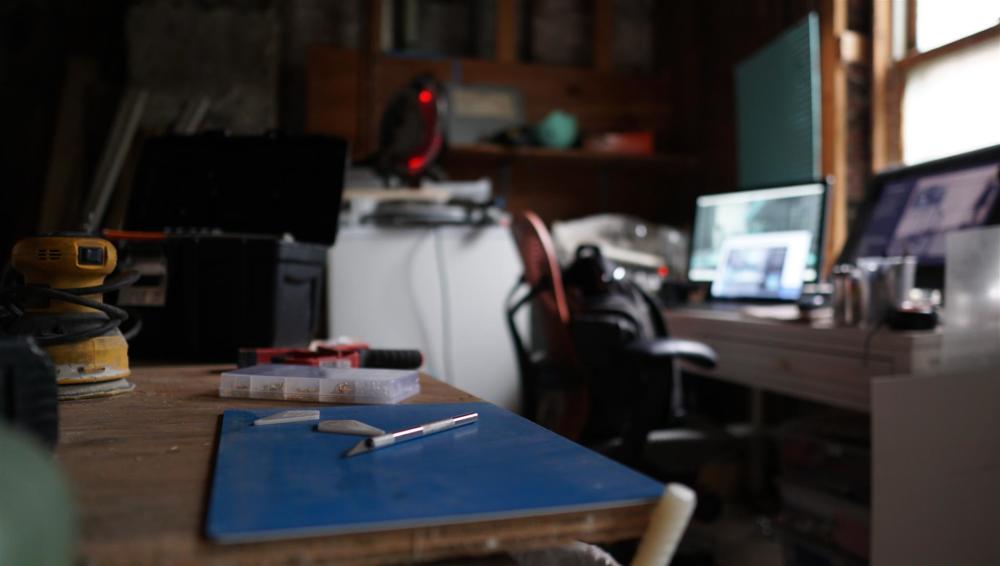 The Made Real Lab™ reminds me of the way fiction writer Richard Ford once described his desk: “It’s like the ‘Belize desk’ at the State Department; an idea more than a place that you actually sit at.”

We’ve long known that the integrated elements of the Made Real Lab—our innovative practitioners, rigorous testing process, open collaborative space, and cool 3D printers and CNC machines—together represented a concept. An idea. But its Platonic essence became absolutely clear when the global pandemic prevented us, in March, from returning to the Boston studio, the home of the original Made Real Lab.

As Product Development Engineer Adam Afzali says: “There is a reason why the Made Real Lab is important, and it's because it allows us to do incredibly high-fidelity work and learn very quickly and make awesome prototypes.”

Lacking direct access to the Lab, we’ve taken the idea into our own residences, as illustrated in this video Richard Ciccarelli, Senior Director of the Made Real Lab, wittily calls “The Made Real Lab Home Movie.”

It’s been impressive to see how organized and deliberate this approach has been. It’s a true extension of our Made Real Lab ethos and prototyping abilities. We’re absolutely comfortable with an agile and remote way of working, having long been a Remote By Design™ organization. Being naturally adaptive, we’re used to reacting quickly and creatively.

“We've always been set up for this capability, because we bring prototypes to people to do remote testing,” says Afzali. When doing remote testing, he says, we create “specialized toolboxes that go along with the prototypes” and that this give us “the tools that it takes to modify and adjust and glue models back together.” This on-the-road mindset allowed us to meet our remote reality with confidence.

How did we equip these remote Labs?

Our people are, of course, makers, and many have equipment in their garages and basements, but they’ve also imported some Made Real Lab gear into their setups.

Tim Tocci, Associate Director, Design and Innovation Consulting, being a responsible prototyper, sent a spreadsheet to Ciccarelli “of all the things that I've commandeered,” a long list that includes XACTO knives, foam core, a hot glue gun, a 45-degree cutter, and a Dremel.

And then there are the 3D printers.

Afzali talks about how he’s done a “little bit of decentralized manufacturing” on a borrowed 3D printer. Tocci says that “the blessing of having a 3D printer in your basement, right next to you, is rapid iteration.” In fact, he’s able to print several iterations of a part during the course of a day, quickly evaluate them, modify the design, and then reprint. “I don't have that same sort of speed or efficiency when I'm in the office because I have to share the 3D printer with everyone else and there's a set build time every night.”

One of the things that going remote has done is that it’s made us rethink our asset-tracking processes. Bill Gastrock, Senior Director of the Made Real Lab, looked at all these at-home Labs and asked himself: “How do you keep an eye on all the bits that people are taking and bringing home for use?” Now we’re working to dial up the way we track assets.

A big element of the Made Real Lab’s magic is that it allows for fluent, almost continual collaboration. One regularly bumps into colleagues and says, “Look at this prototype I threw together—what do you think?”

To replicate this, Afzali set up, early in the lockdown era, a standing virtual project room meeting, every afternoon, from 2 to 4 p.m., on Teams. Tocci says anyone could join, “whether or not you have something to talk about,” and that this free-form conversation led to some “extemporaneous problem solving” mimicking the “informal problem solving that we get in a physical space.”

Our satellite Made Real Labs have prompted some lockdown-era ingenuity.

When asked about getting feedback on homemade prototypes, Elizabeth Winter, Director of Innovation Consulting and Principal Mechanical Engineer, says that, while Teams allows for design review and the collection of some feedback, it’s limited.

It’s one thing, Winter says, to look at a prototype via Teams video, it’s quite another “to pass it around and have teammates with different finger sizes try it out and get that ergonomic feedback.”

To generate such detailed feedback, Winter and her colleagues have gone on the road. Literally. They’ve been known to physically drive, and drop off, prototypes to colleagues’ houses.

“We're making it work by being our own 3D printing service,” says Afzali. “I have a 3D printer. Liz [Elizabeth Winter] has Tim's 3D printer now. And so, we'll send each other files at night, printing them, and then shuttling them around to everyone in the morning.”

Winter jokes that it’s like “a supply chain” and they’re “passing a prototype between folks.”

Our portable prototyping has led to some terrific outcomes. First, we found that being remote hasn’t slowed down our digital prototyping one bit. Second: Clients are with us on the journey. As Afzali says: “We're finding ways to make it work and finding ways to impress the client and make them happy.” Third: It’s been a great opportunity for learning. Says Ciccarelli: “I think we'll learn a lot of really good habits that will teach us how to collaborate better once things go semi-back to normal.”

Which brings us to a final home truth: We’re always ready to build, test, and learn. That’s what makes us happy, and we can do that just about anywhere. That’s the idea.