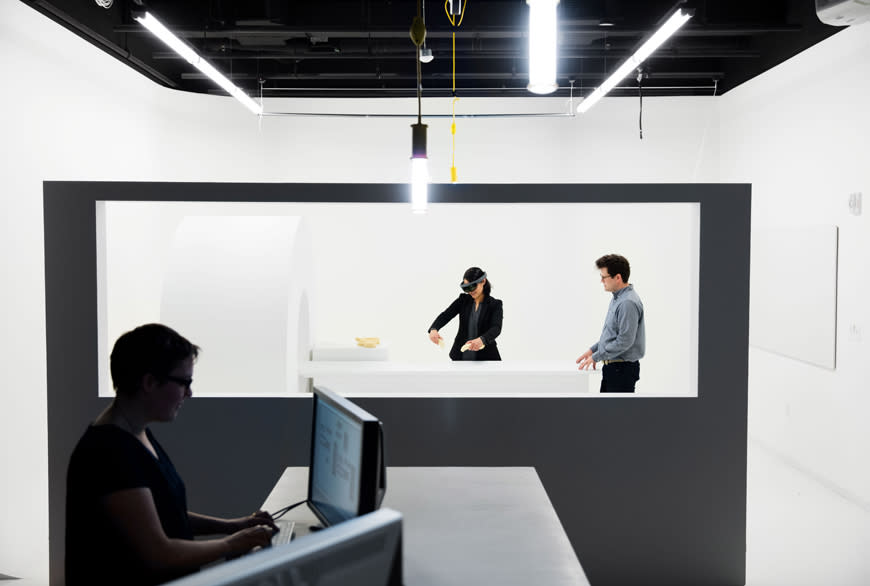 “The authentic experience of understanding, when we are spoken to by another human being or by a poem, is one of responding responsibility.” –George Steiner, Real Presences

Executives get jazzed about building prototypes. We’ve seen the eyes of many a business leader widen on peering into our Made Real Lab—18,000 square feet of pure prototyping potential. They spy our 4D lab, our three-axis CNC machine and 3D printers, a table loaded with various rough models for MIT’s famed One Laptop Per Child project, and say (in essence): “Wow!”

To be fair, prototyping fever doesn’t just affect visitors to Continuum’s Boston studio. There are business people all over the world who’ve annotated every bit of white space in the book The Lean Startup and can’t wait to crank out their own minimum viable products, or MVPs.

Prototyping in a corporate context is a complicated process, one that requires sensitivity, flexibility, and experience to pull off. Says Jon Campbell, Continuum’s Head of Experience & Service Design: “The notion of MVP needs to be caveated when it enters a large corporation.”

"The idea should be risky; the testing should not."

Employ these caveats properly, and you get something we call responsible prototyping. “The idea should be risky; the testing should not,” Campbell says. He adds that when we prototype with our clients we’re looking to make “an adult version of MVP. A real corporate version of MVP.”

For many big companies—particularly those in healthcare, financial services, and transportation—the inclination to prototype must be balanced with a recognition that they’re operating in a regulated environment. These organizations don’t want to risk comprising their brand reputation, customer base, revenues. They are, after all, not startups.

There is no set formula for responsible prototyping. It does not involve following a checklist. It does, however, involve keeping three elements always in mind: scope, fidelity, and robustness. So how do these elements play out in the project room and in the field? To find out, we talked with four of Continuum’s prototyping experts.

“Scope represents a calculus about which moments in the experience and which features in the prototype should be built out,” says Toby Bottorf, Continuum’s VP of Experience and Service Design. “We may also constrain scope to certain users’ needs or use cases.” 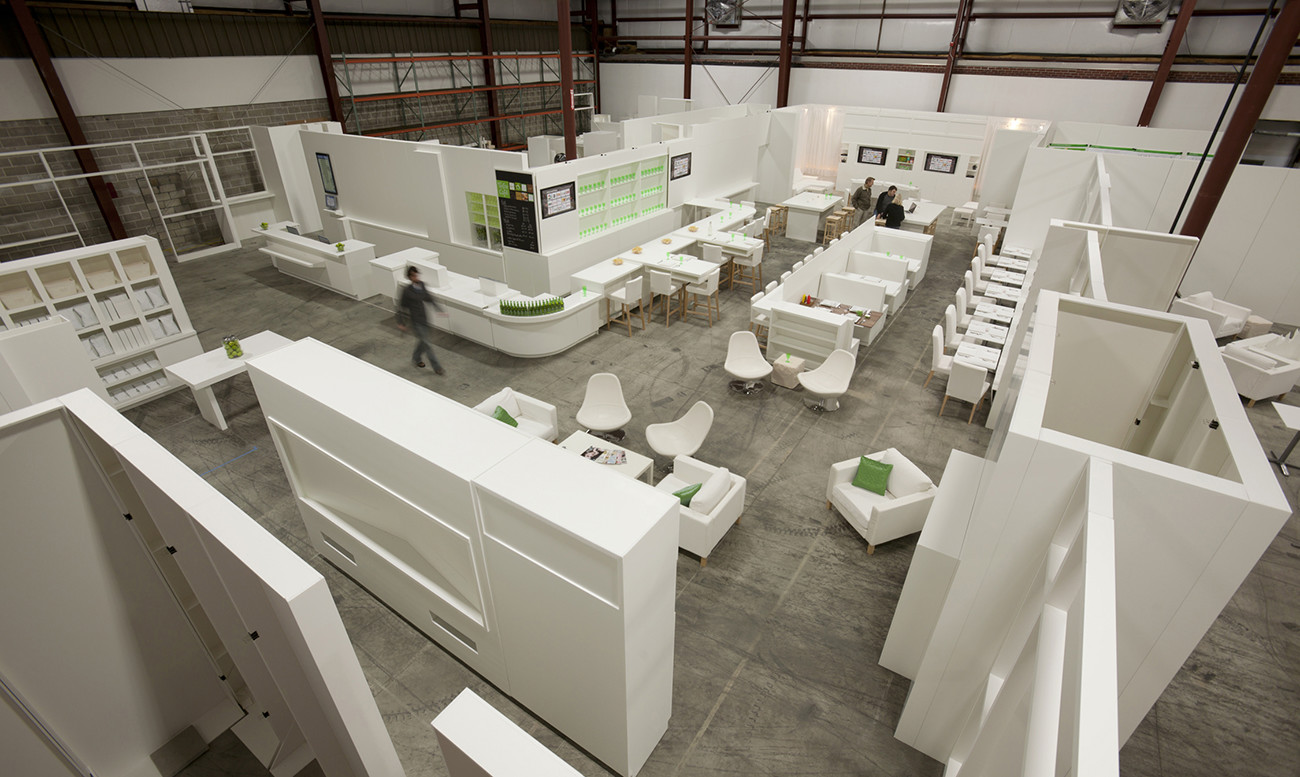 To identify scope, we often draw up a well-defined roadmap. This is so that, as Bottorf suggests, “we build the most important things first.” Importance includes things that are known to be most valuable for users, as well as things that must be tested to prove feasibility or resolve areas of potentially catastrophic failure.

Isolating the essential elements of a prototype, of course, has budgetary implications. Bill Gastrock, Principal, Made Real Lab, says that being responsible here centers on “trying to understand the right questions to ask without using a lot of the client’s resources.”

It’s about, as Bottorf says, “de-risking investment.” He explains to clients that the prototyping process is about making “a small investment to increase your confidence before making the large investment to pilot it and scale it.” One way we did this is with our Holiday Inn project; we constructed a full-scale foam core mockup of a proposed lobby experience to avoid big capital expenses and cut down on risk.

In creating the proper scope, we take what might be described as a minimalist approach to creating testing environments. Gastrock says an often-asked question is: “What are the important pieces that you need to get right in order for people to feel familiar with the space?”

To eliminate distractions, Gastrock says, “we just use a lot of white foam core,” so users will focus on only the essential elements we need to test. For instance, to prototype a surgical tool, we might place it in a “surgical suite” featuring a foam core CT scanner, a hospital bed, and a dummy patient dressed up in a hospital gown. Such an environment would make physicians feel like they were making their rounds.

When we talk about fidelity, Continuum focuses on the prototype’s vividness and production values. “Wireframes are often low-fidelity and can’t teach us much about brand-related questions,” says Bottorf. “As we get closer to piloting or testing in the real world, higher fidelity prototypes allow customers to believe the thing is real, and fill in any gaps in the story, even if behind the façade of this Potemkin village there is only duct tape and baling wire.”

In a recent blog post, Bottorf discusses fidelity in our work with Southwest Airlines’ on their digital wayfinding project. “Our first 1:1 scale mockups in foam core and VR could only take us so far,” he writes. “To learn better, faster, and from customers, we then prototyped the new system at Love Field over Thanksgiving, the busiest time of the year. In fact, the higher stakes made the improvements much easier to evaluate.” 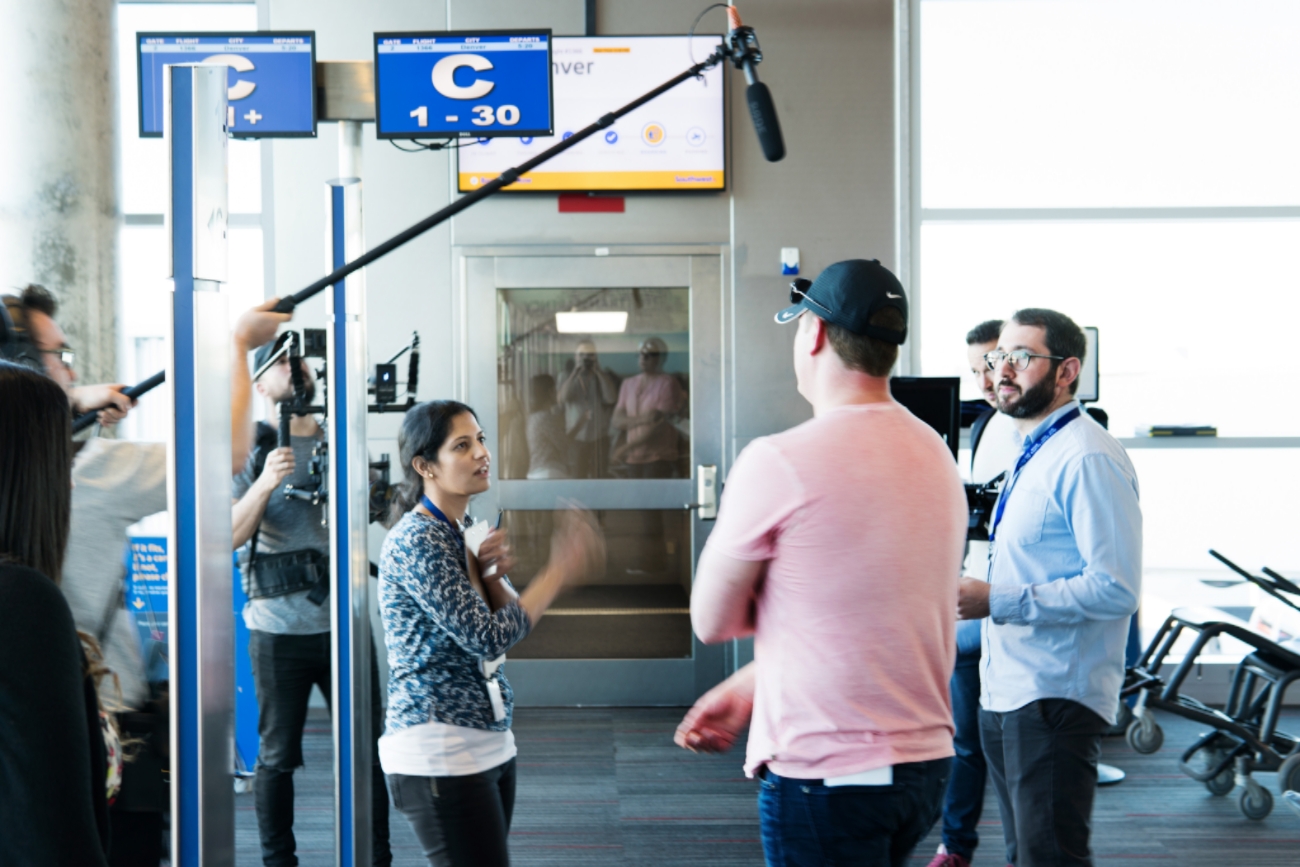 Gastrock insists that setting expectations is very important when thinking about fidelity. “Clients get really caught up in bringing something into the real world,” he adds. Making sure that customers clearly understand where we are in the process is essential. Gastrock says we might tell a tester: “You’re an early adopter and you’re gonna have a lot to say about the direction of this product moving forward.”

Choosing the right fidelity is key to getting the appropriate kind of feedback. “Higher fidelity prototypes yield more reliable feedback because the thing is perceived as much more real than it is,” says Bottorf.

And timing can be variable. Much of it depends on what kind of prototyping you’re involved in. “Physical products take a lot longer, and you have to get it right a lot faster,” Gastrock says.

There seems to be a social component to defining fidelity. Says Ciccarelli: “I don’t know that any one individual knows how to design to the appropriate level of fidelity. I think it takes a team to work that out.” It requires teammates to ask Do we really need to show this? Is it really necessary? “All of these conversations happen, and they help us to define what the proper test should be,” Ciccarelli says.

As for robustness: users don’t see this dimension of prototyping. “It represents how completely built-out back-end systems and processes are,” says Bottorf. “Robustness is our final area of focus, as a part of scaling an early pilot, but we often isolate and test early the functions that are critical for success. This kind of prototyping and testing may not ever need to be tested with customers; it’s a test of whether things work and can support the desired experience.”

“As we get closer to piloting or testing in the real world, higher fidelity prototypes allow customers to believe the thing is real, and fill in any gaps in the story, even if behind the façade of this Potemkin village there is only duct tape and baling wire.”

Early in the process, says Bottorf, we might work with a low-fidelity prototype with zero-robustness. A full-scope prototype, on the other hand, might take the form of an elaborate user-experience storyboard.

Gastrock employs a plumber’s vocabulary to explain robustness. “We’re responsible for identifying the plumbing but not building it out,” he says. “It’s not about the plumbing, it’s about the tiles.”

Ciccarelli points to our Audi on demand project when thinking about robustness. “When we tested Audi on demand there was no back end involved,” he says. “But we do have to understand what that back-end system is going to be because we have to build it eventually.” He notes that the matter of robustness, for physical prototyping, should involve manufacturing partners, early in the process—to help ensure the eventual viability of the object we design.

There are so many players to be responsible when prototyping for a big company. Ask Campbell to whom (or what) we’re ultimately responsible, and he answers with a laundry list: “Shareholders. Your regulatory and compliance requirements. It’s your customers. There’s a responsibility to everyone. Anyone who could have bad outcomes from really bad ideas getting launched in the wrong way. Either someone loses a suitcase or receives the wrong flight information. Anyone who could be negatively impacted.”

In truth, responsible prototyping aims to think of the entire ecosystem. To be responsible here is to ensure that the work protects everyone who needs protecting, and that the original intent is never lost. But that kind of protection and preservation demands constant dialogue: with clients, consumers, and colleagues. We’ll keep prototyping, and we’ll keep talking.

Or as Bottorf sums it up: “The design mindset is that everything is a prototype. Nothing is finished. It always leads you to another opportunity—and you take that opportunity.”