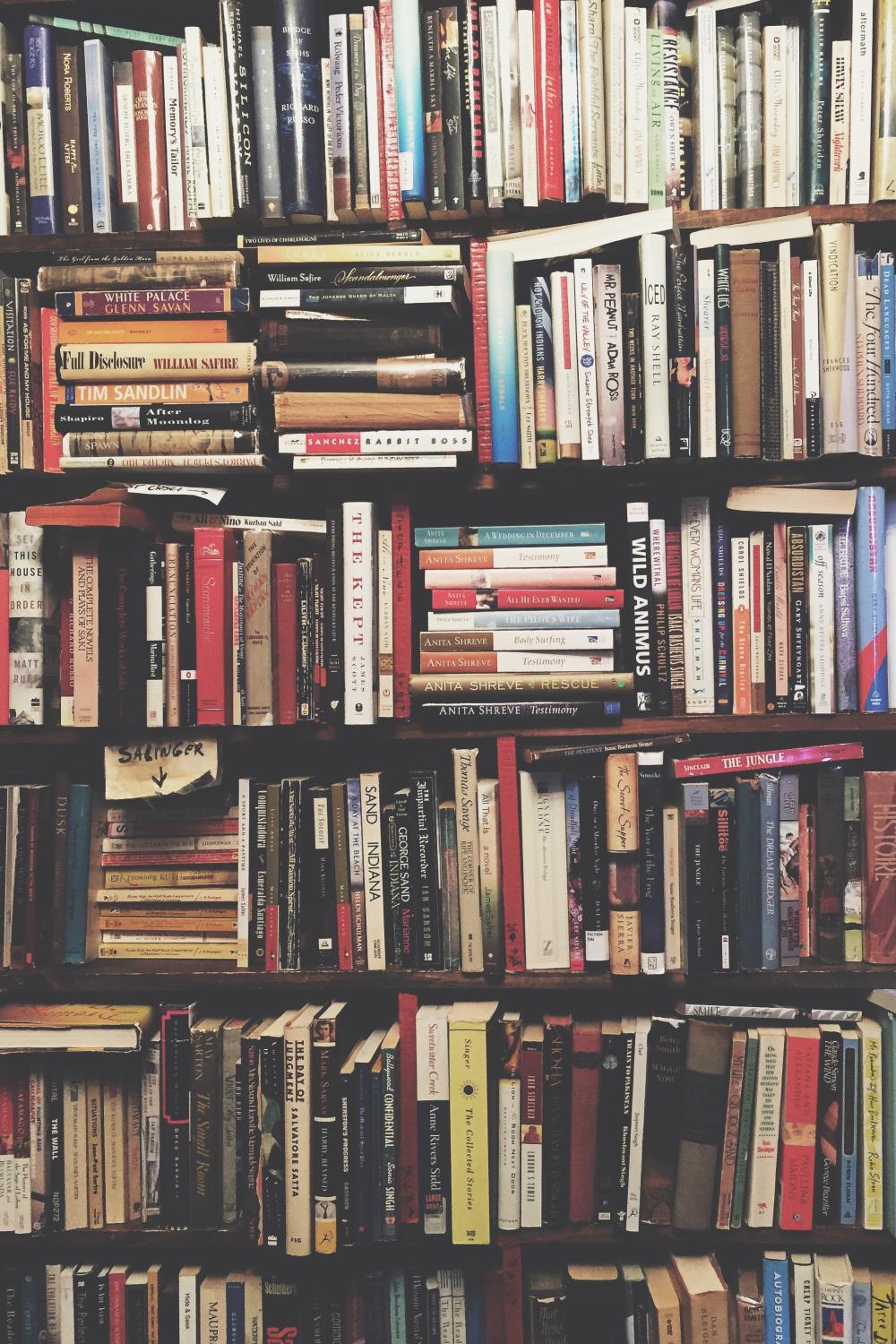 “We’re hemorrhaging English majors. We really have to think about how we can serve the students better.”

These are the words I heard not long ago, from the Director of the liberal arts program at a preeminent American college. The two sentences, spoken by the Director in a matter-of-fact administrative tone, made me woozy. Studying English was one of the transformative experiences of my life—and it was the same for my closest friends and contemporaries. What in the (academic) world happened? Have liberal arts students become an endangered species? Was I among the last English majors?

Fact: liberal education has become strikingly unpopular. Note the recent 8.7% decline in humanities majors. No arguing with the data… but I must make a point here.

English gets a bad rap, and it’s unfair. We need to reappraise the major’s ethos, based on an understanding of what this degree teaches. English’s problem—part of the problem for the liberal arts in general—is its indifference, or perceived indifference, to life off campus. “Poetry makes nothing happen,” wrote W. H. Auden, but the purpose of studying liberal arts is less about the production of poetry than the development of people who can make meaning of texts, including the text of life, for themselves and others. This is just one of many overlooked traits of the English major mindset. Our way of reading the world is important because it’s poorly understood and undervalued. Most companies don’t go out of the way to hire text-people; most companies are missing out. Yes, some tech companies see the value of non-STEM sensibilities, but they aren’t exactly building a hyperloop to the leading literature departments.

A lack of informed career counseling led to my spending years as an extremely modestly paid editor, adjunct professor, and freelance writer. No more. I now happily bring my humanistic training to the innovation design firm Continuum—and I know that many other organizations, particularly those with an interest in understanding the people they serve, would benefit from an infusion of humanist resources. I’ve written this essay to offer realistic career advice to my fellow English majors, and to encourage the business leaders to invest in the liberally educated.

The Educated Imagination Can See the Future

The job of an English major is to exercise the hell out of one’s imagination. To read a book well, to transform words on a page into a living being or a group of living beings engaged in a rich, complicated world, is a specific and increasingly rare skill. We spend much time with authors like Joseph Conrad, who once wrote: “My task is to make you hear, to make you feel, and, above all, to make you see.” For English majors, developing the vision in their mind’s eye is a serious task. At Continuum, we envision the future and then make it happen. To make the jump from ethnographic research, to discovering insights, to creating an ideal future state requires people of capable imagination. Who can walk a mile in another person’s consciousness. One such lifetime English major, Continuum designer Alison Kotin, displays her active imagination in this blog post on using Augmented Reality glasses to assist police officers looking to apprehend criminals in an emergency crowd situation.

Giving Your Organization a Way with Words

Design legend John Maeda says that writing is a unicorn skill, and he’s right. Designers of digital interfaces are moving from building scenes on screens to scripting interactions with listening, talking bots. What is the “design of speech-based interfaces” but the writing of dialogue? In the Alexa Era, Hemingway becomes one of our greatest role models.

Great writing is the art of cultivating a new-yet-true reality and planting it in deep in a reader’s mind. Understanding how that’s done is the work and reward of studying literature. All the time and effort we expended learning to read and write means that English majors have an unusual ability (in the marketplace or else): an ability to find the right words quickly and reliably. That’s a major part of the English major value prop. Actually, no self-respecting literature student would use the phrase “value prop” without cringing. People who are hyper-sensitive to language can hear awkward or absurd or ugly things in your language that others might overlook.

Employees Who Can Concentrate

English majors focus intently on Shakespearean sonnets, Henry James’ dreaded loose baggy monstrous novels, and everything in between. They scrutinize pages and paragraphs and can spend forever squeezing meaning out of words. In our age of endless digital distraction, this is an unusual skill. It’s almost a form of yogic self-control, and it makes your English major a different, less distractible character who can not only interrogate whatever text you put in front of her, but articulate what it means. When Walt Whitman wrote, “Have you practis’d so long to learn to read? / Have you felt so proud to get at the meaning of poems?” he might well have been thinking of our English majors. No fidget spinners required.

Literature is about endurance. The literary artist aims to produce work that will pass the Test of Time; the literary student aims to enter into the long conversation with such work. This message is easily imported into the personal lives of English majors, in the form of creating personal resilience. My favorite argument for how liberal education creates resilience comes from an unlikely source: the Grateful Dead’s Jerry Garcia, who once said a Rolling Stone interview:

My life would be miserable if I didn't have those little chunks of Dylan Thomas and T.S. Eliot. I can't even imagine life without that stuff. Those are the payoffs: the finest moments in music, the finest moments in movies. Great moments are part of what support you as an artist and a human. They're part of what make you a human. What's been great about the human race gives you a sense of how great you might get, how far you can reach…. And if you're lucky, you find out about them, and if you're not lucky, you don't. And in this day and age in America, a lot of people aren't lucky, and they don't find out about those things.

Having access to our highest literacy is sustaining. Indeed, it can sustain young people, no matter what their life circumstance is, no matter what their salary range is (which is something organizations must be careful about). It sustained me through many idealistic years, in fact. It can help them make better choices in the kinds of jobs they take and the organizations for which they’ll work (which is a good reason to create a humane workplace).

An Insistence on Originality

The English major lives in dread of cliché. He becomes an expert in spotting clichés of his own, and of others, and then works hard to replace these with fresher words. To have such a person in your organization is to push your products and services in the direction of originality. Put an English major on your project team, and you’ll have someone with the patience to find truly new innovations and/or the language to describe them to the public. A young person who learns from Emerson that “imitation is suicide” is unlikely to be satisfied with convention, in any from.

The Metaphysical Poetry of Drawing Connections

The liberally educated are encouraged to draw connections between disparate things. They don’t just recall Samuel Jonson’s note about the Metaphysical poetry: “The most heterogeneous ideas are yoked by violence together”; they look for insights that others don't see. There is an expectation, among English majors, that your job is to seek connections and argue persuasively for their existence. When you bring this out into the world, you get essays on why the Gettysburg Address is call to bring design into government or what a daughter’s bat mitzvah has to do with design thinking. You want a systems thinker on a team? Forget about MBA’s who’ve reading Peter Senge; instead, choose the kid who spent a semester—a year—a lifetime reading Ulysses. Once you’re enveloped in the human system of a great novel, you can see the world in all its true depth and complexity.

The Value of Varied Vocabularies

Philosopher Richard Rorty once wrote that critics were “moral advisors not because they have special access to moral truth but because they have been around. They have read more books [than non-critics] and are thus in a better position not to get trapped in the vocabulary of any single book.” English departments encourage students to read everything, to play one text against another, and never to be swayed by a single point of view. What Rorty calls the “ironist” perspective is extremely valuable on any team in that it creates a sensibility that is skeptical of authority, and informed by a wide-ranging textuality. If your firm doesn’t have this sort of advisor at the table, at whatever level, you’d do well to acquire one, or two or three, as soon as possible. You might already have too many Yes Men and Women.

Experience Is Half of CX

The liberal arts education values the individual. We read the great poems and essays and plays and novels to get at the heart of what it means to be human. These are people who are trained as acute observers of individual human beings. You need to understand your customers better. You have a data team, great. But that can’t—that shouldn’t—be the entire of your customer experience work. You need people who can read people. You need those who have mastered the literature of customer experience, people on whom “nothing is lost.”

I used to teach college writing to more-or-less indifferent 20-year-olds. Now I teach my engaged colleagues—and it’s a veritable party! Read all about how my service design co-workers inspired a redesign of the writing workshop—and then imagine how having skilled, motivated educators on your payroll can benefit your organization. Look at how my English major colleague Alison Kotin and her anthropology major pal Pete Chapin successfully taught a group of MIT Sloan School of Management students the value of design thinking. If you aspire to have a learning organization, you need people who can teach.

I could go on—and on and on. But I won’t. Though I will remember, as all lifetime English majors will at this point, a resilient line from Samuel Beckett: “You must go on. I can't go on. I'll go on.”

Photo by Ashim D'Silva on Unsplash