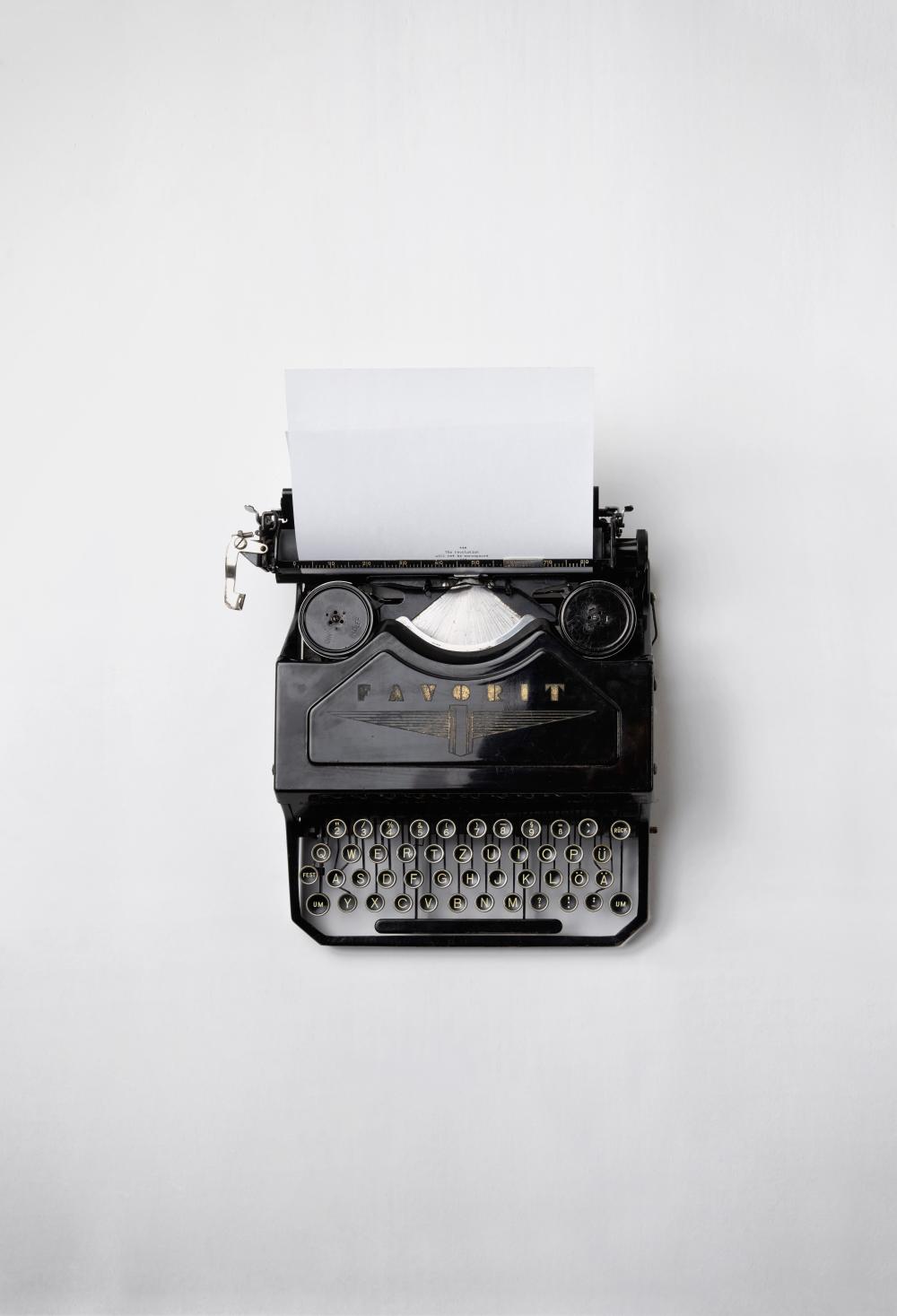 Non-writers (designers! engineers! human-factors people!): I feel your pain! Word-work, for those who aren’t naturally or professionally inclined to scribble, can feel awkward and sometimes acutely stressful. Even National Book Award- and Pulitzer Prize-winning professionals find it difficult. “I get a fine, warm feeling when I’m doing well, but that pleasure is pretty much negated by the pain of getting started each day,” says William Styron in his Paris Review interview, before concluding: “Let’s face it, writing is hell.”

I work at Continuum, the global innovation design consultancy, and a big part of my job is to encourage my colleagues to write, and to improve their writing. While just about everyone is willing to slog good-naturedly through multiple drafts… I know that for many people the process, well, sucks. No one wants to revisit the trauma of the college writing experience.

The literary anxieties here are the same ones I encountered in my former life as a college writing and rhetoric instructor. So when I decided to create a series of Continuum writing workshops, I realized that a standard format, one that mirrored the university classroom, was out of the question.

One of the important things I’ve learned at Continuum is to identify the pain points in a given experience and redesign it to move people away from the pain and towards satisfaction. For instance, Continuum helped Boston College redesign their core curriculum in a way that pleased their many varied constituents. Similarly, we did ride-alongs with numerous first responders, learned the nuances of their challenges, and then fashioned a new, safer, more effective vision of the future of first response.

So: when it was time to invite people to the first workshop, I didn’t frame it as an opportunity for professional development or a chance to sharpen one’s puissance as a writer, I said that joining a supportive writing community could be as fun as an after-work shindig.

Drinks for All My Friends!

The first element I introduced was, well, booze. And food. The works. As people walked into the workshop they were immediately greeted by a wonderful spread: chilled beer, chips and gauc, wine, cheese and crackers. Happy Hour food. The easy communal pleasures of eating and drinking distracted them from the inevitable stress of composition.

Timing mattered, too. I strategically started the workshop at 4 p.m. on Thursday afternoon, a time and day that suggest a jump from the sober work week toward a more free-ranging weekend.

Finally, I built in 15 minutes of socialization, at the beginning of the session, to ensure that everyone felt relaxed before seguing into his or her literary endeavors. The way in which the party blended into the workshop was subtle, barely perceptible.

I was mindful to fill our workshop room with jazz. Jazz when participants strolled in. Jazz when they settled down to write. Jazz as they edited their work. The sounds of America’s greatest musical innovators—I favor people like Thelonius Monk, Charlie Parker, and such—gave a kind of creative permission to my colleagues to try new stuff.

Note: The addition of jazz was a gamble. I love jazz, but not everyone does (some despise it) so this was a risk. However, I knew it was a success as I watched one participant walk in, hear old-school bebop, and reflexively break into a kind of loose-boned dance as he gabbed a brew. The jazz said, “Feel free to riff!” and they responded in kind.

The jazz said, “Feel free to riff!” and they responded in kind.

The Real Story Behind the Bio

At the time of our workshop, everyone at Continuum had a bio page that listed tidbits of information about each employee. Languages spoken. Favorite project worked on. Innovation one would love to redesign.

Their assignment was to take a single tidbit and turn it into a real, honest compelling narrative of 300 words. The idea of transforming something professional into an impromptu personal essay might have jolted them for a moment, but the jazz and the booze diffused that feeling and they wound up writing some revealing pieces in the course of 30 minutes. The idea was to apply Allen Ginsberg’s “First thought, best thought” philosophy to their autobiographies.

With this assignment we learned significant things about our colleagues. Personal, honest, revealing, funny, interesting things. We learned about the emotions involved in espresso-making. The challenge of redesigning one’s family. How funky 80s music from a boom box showed one little boy the path to liberation. All of which would have been unknown to the group had they not been assigned the challenge of writing, and then reading out loud, their personal essays. The reading element was especially effective, and it gave us a chance to feel empathy for each other. And this helped build a sense of trust, a sense of community, that didn’t quite exist before.

Reading these essays out loud helped build a sense of trust, a sense of community, that didn’t quite exist before.

Of course, writing isn’t all about spontaneous bop composition. Which is why the second half of the workshop involved two parks: (1) a swift introduction to George Orwell’s immortal “Politics and the English Language”; and then (2) a session in which the group used Orwell’s six tips to edit their 300-word pieces down to 200. I wanted the group to understand that they could, after plunging into the lyrical truth-telling of the first half, analyze what they produced and create a second iteration of their work that was tighter, clearer, and more suitable for public consumption.

The final section of the workshop provided them a framework for editing their own writing in the future. To ensure that the lessons of Orwell would stick, I created laminated cards—“lovingly hand-cut,” as one workshop participant described it—featuring the six principles outlined in Orwell’s famous essay. I hoped the lamination might induce a few people to keep the points on their desk, and to use them the next time they had to write.

The Orwell-inspired editing helped create a second iteration of their work that was tighter, clearer, and more suitable for public consumption.

At the very least, Orwell’s points might give them a little more confidence the next time they have to face the unmarked page and start on draft one.

I stopped teaching college writing years ago. It was a lot of work for very little money—I earned more as a freelance journalist!—and the entire deal was generally discouraging. But after redesigning the workshop experience for my colleagues, I thought more than once: “If my college classes were like my Continuum ones, I might never have left academia!” On the other hand, had I had not worked here, I never would have had a chance to rethink the pedagogical process. So thanks, Continuum, for transforming the act of teaching into a true pleasure.

Photo by Florian Klauer on Unsplash