Insights From a Cold Start
Continuum 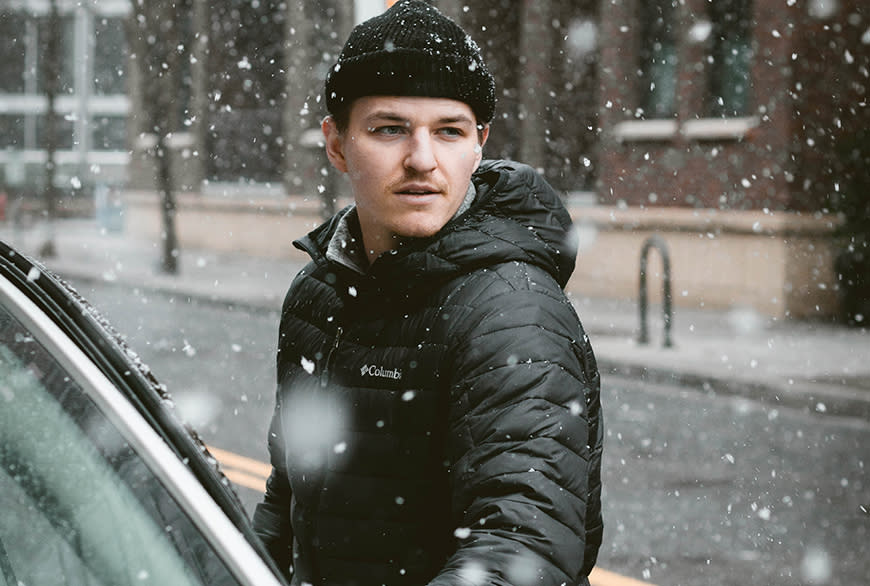 The cold start is a challenge. It can be difficult for electric vehicles in cold weather, and for conversations on a certain not-very-social social network. I know this because (a) I recently read an article about how frigid temperatures zap EV batteries; and (b) as a social mediator, I know how hard it can be to warm up LinkedIn dialogues.

On February 7, I posted the following:

“Who here owns an electric car (or would perhaps like to)? Now, who has experienced—or at least read about—the challenges frigid temperatures pose for these vehicles? It's an interesting problem. Some research from AAA has uncovered that when the temp fell to 20 degrees (F), EV range followed suit and decreased 41%. And merely turning on an EV, when it's 20 degrees outside, shrunk the range by 12%. With do you think of this? For all the benefits of electric vehicles, this seems a serious issue. What are some good ways to think of approaching this problem, from both the consumer and producer sides?”

I had several reasons for doing so. First, I knew that conversations about cars tend to get traction from the more technical people in our community (talking to you, EPAM Continuum Tech Practice)! Second, it seemed an interesting design challenge—how do we begin thinking about the experience of EV cold starts? Third, I thought that bringing this up in public might allow us to demonstrate, on a small scale, the iterative way we work. So much of my colleagues’ brilliance gets trapped in the project room; I wanted to see if a little bit might rub off in a social media conversation.

The cold start can be difficult for electric vehicles in cold weather, and for conversations on a certain not-very-social social network.

After tagging a few relevant people, a conversation slowly started turning over, and as it did, it revealed a number of things about the way we work.

The first response came from my colleague Nate Sharpe. Sharpe is a Senior Mechanical Engineer, but in this reply, he was a son and something of an ethnographer. He said that his parents own a Model X and that the factors of cold, range, and battery life were part of their drive planning. “But with fast enough charging times and frequent enough stations along the travel route, [it] hasn't been a big issue,” said Sharpe. “For short trips, the impact is greater since the batteries need to heat up to operating temp, but short trips are less of an issue since they (obviously) consume less battery.”

In its modest way, Sharpe’s comment resembled the kind of in-context fieldwork we do all the time. Of course, he was just responding to a question, but the context he provided was exactly what the battery problem needed. “[I]f we were doing a project on this we'd need to talk to a whole bunch of EV owners to get a fuller sense of the experience,” I replied.

So I went offline for some off-the-cuff ethnography. Well, I had a beer with my friend Joe Napurano, a shoe designer who recently bought a Tesla—a bunch of fun to ride in, once I figured out how to work that tricky handle—and I asked him about the battery and range problems. He was pretty calm about the whole thing. “Early EV adopters have to deal with bugs, glitches, and system failures,” he said, adding: “Maybe it’s idealistic support, the gamble for a better technology or willingness to take on a challenge.”

Turns out, he’s right: there are still a relatively small number of EV owners out there. According to a 2018 CarGurus survey, only 15% of respondents say they will buy an EV in the next five years and 34% in ten years. And I think my friend speaks an important truth that many EV owners would echo: with this car, “there will be problems no one has had before. Period.” But critical comments, thanks to the spirit of adventure that comes with being an early adopter, and perhaps the endowment effect, will never make him regret his purchase.

All of this could be classified under what we at EPAM Continuum call the “discovery” or “learning” stage of project work. Early on, we gather information, ask questions, and try to be at first, inquisitive and non-judgmental but then slowly make judgements as things proceed. As it says in another post: “Successful innovation requires a mind that can toggle back and forth between the beginner's mind and the expert's, the two modes swirling in dynamic symbiosis.”

Part of discovery is in reading. Not long after, I found an article in Consumer Reports that said: “It’s important to note that EV batteries lose range not because of how the cold weather affects the physical battery but because of the added power demands that come from operating the car in cold weather.” Had this been an actual project, our reading would have quickly branched out in many directions. To get a sense of how reading guides our thinking, check out the numerous articles and studies cited in this recent piece on the future of autonomous medicine.

But what this conversation most made me realize is that our designers really excel at is finding the human elements of design. And I have to hand it Jonathan Lupo, VP of Design at EPAM. “I think the root of the problem lies in how these technologies are tested in the first place,” he wrote, hypothesizing that perhaps cars were not a variety of varying climes. He suggested that manufacturers likely “focused on technology, cultural and safety challenges, and, maybe didn’t do enough testing, longer term, in different climates.”

What this conversation most made me realize is that our designers really excel at is finding the human elements of design.

I subsequently learned from a few people that Tesla had a facility in Alaska for a few years, and traveled to Norway before that, and that GM engaged lead users in chilly environments, testing a fleet of Chevy Volts and providing feedback for development.

But Lupo was onto something important, generally. We see this often—organizations lack the ability to hone in on the individual experiences of the people who use their goods and services. This is, in fact, our strength. We get out into the world and ride along with people—sometimes literally—in their contexts, to understand, and better design for, them. Lupo also reminded me of our intricate, intentional, and very human-centered, testing process. I began to think of what kinds of cold weather battery tests our Made Real Lab team would dream up…

Fortunately, I was brought back to earth by our eternally earth-bound engineers.

“In a future where most vehicles are all electric, or rely on batteries for significant function, there will have to be a better solution,” wrote our Mechanical Engineer Duncan Freake. “I wonder if you could have some combination of insulation and heating to keep the battery happy.”

In response, Gar Rohatgi, Principal of our Tech Practice, asked: “[W]ould a Phase Change Material that doesn’t freeze and release heat until you trigger it be useful for your battery happiness idea?” Freake replied in the affirmative.

But maybe my favorite moment was when a person I didn’t know, Robert Brown, jumped into the thread and talked about Tesla’s cold testing experiences, suggesting that Tesla is “more a tech company than car/battery manufacturer” and lacked the experience and knowledge to test for extreme weather. It was, he said, a chemistry or physics issue.

I asked Rohatgi about this. “Ultimately do we really think it’s about Tesla not understanding the chemistry issues?” he wondered. “Or, given that they do hire top-notch engineers and spend the money on testing in cold weather, could it be that they’re making a calculated risk on what the technology and market can bear today, and are working behind the scenes on what technologies will pull more of the market into the EV value proposition in the future? Ultimately, this is how good innovation and good business works.”

In any case, the conversation remined me that organizations need to network themselves to innovate effectively. There’s a case to be made for humility and partnership, and I felt like it was being made in real time!

I felt like this conversation was building trust and starting to “create the conditions to create,” as Tarun Khanna explains in this book Trust. Obviously, this conversation wouldn’t lead to near-term solution for EV batteries out in the cold—but it showed me that there is enough openness and intelligence and good will out there to suggest we could be involved in designing a solution. If that doesn’t warm up your engine, you probably need another cup of coffee.

Photo by Zachary Keimig on Unsplash