Musical Virtual Reality: Digital Life without a Side of Stress
Continuum 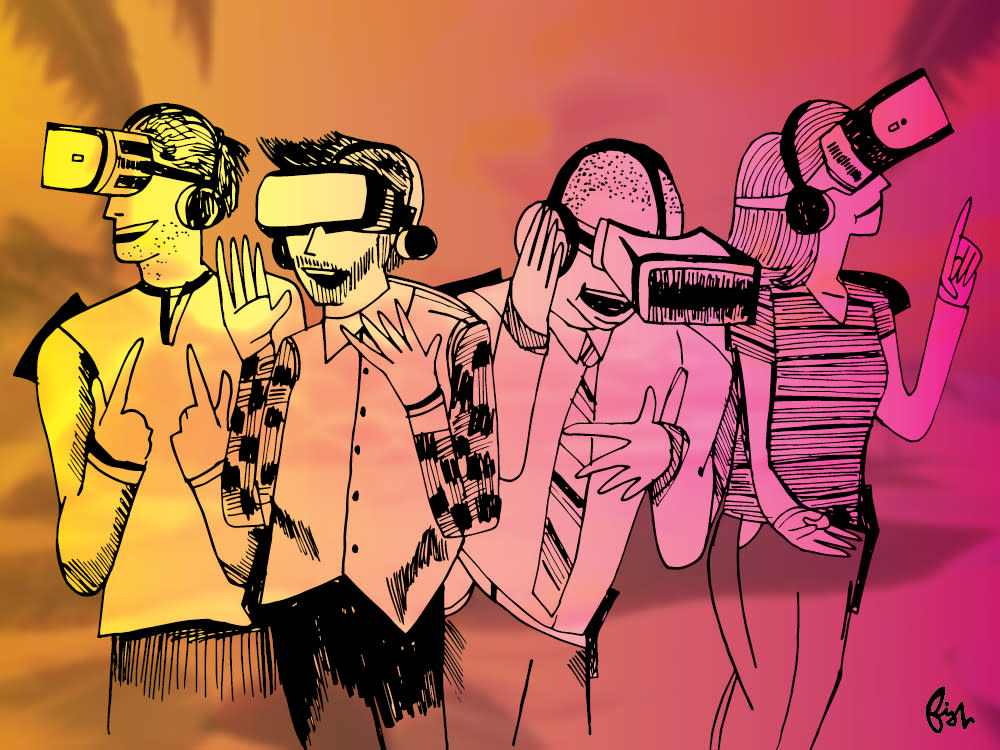 Here’s a truth we don’t hear much about: Connected Life can be stressful for some people. Tracking every step, calorie, breath, heartbeat, mile driven, hour worked, beer drunk, dollar spent, and all the rest can, for non-A+-type personalities, be the source of much disquiet. Not everyone gets a positive charge from endlessly quantifying and analyzing themselves. In fact, there are some people who are utterly repulsed by the idea.

The question is: Is there some place in the digital future for those who prefer the Qualified rather than Quantified Self? I believe there is, and it is to be found in the world of Virtual Reality.

You see, at the end of March, Jon Carter, a design lead at Harmonix Music Systems in Cambridge—you know, the guys who brought Rock Band, Dance Central, and Amplitude to your living room—dropped into our studio to spread the gospel of their transcendent, resplendent, and generally rockin’ project known as music spatialization.

Harmonix has rebooted the old-school idea of music visualization, that sort of digital laser light show that is produced when a song runs through your computer, and transported into the world of Virtual Reality.

Carter talked about the interesting process of making visualization more active. Of the challenges of doing moment-to-moment data analysis that makes visuals react. Turns out, it wasn’t easy to do this. One of the risks here is simulator sickness, a real revulsion that occurs when a person moves the “wrong way” in Virtual Reality. Carter told us that, through various experiments, they learned that:

“We can’t fool your inner ear,” said Carter with the resignation of one who has tried to do so. “We can’t fool your guts.” He also said, “Focus on the right object and trippy experiences will happen,” adding that if we looked at certain elements in a scene, “psychedelia will unfold.” He talked of terms like “looktivation” and “looktiportation,” which gave a VR-driver the ability to make things happening by, well, moving one’s eyes.

And then—and then—he mentioned the idea of bringing all this musical VR stuff to commuters in airplanes… and I thought, “Hmmm, I could try this.”

When the lecture was over and Carter asked for people who wanted to give the spatializer a shot, I raised my hand and strapped on the headset.

It didn’t take any time at all to transport me to this weird wild beach. I didn’t know the bad techno song that was blooping in the background, but it didn’t matter at all because I was suddenly navigating this super-chill environment with my eyeballs (looktivation!). I would focus on a flower and—bam!—the damned thing would explode into colors. I’d look at birds and they scatter in cool directions. When I felt something like simulation sickness coming on, I’d look down and wonderfully transport myself to a different stretch of magical beach (looktiportation!).

In short: it was wicked awesome, as we say in Boston. I could spatialize for a very long time, I thought, especially if music I loved was playing in the background. It was a kind of addictive experience. (Wait: Did that make this a drug? Did the FDA need to get involved?) Harmonix showed way to enter into the digital universe that wouldn’t stress the stress. It could, in fact, be meditative and relaxing. Their foray into music spatialization demonstrated that one could plug into the future, and manage to detour around the hyper-competitive, data-obsessing vision that you hear from so many Internet of Things folks.

In other words: beam me up.