Designing for the Alpha Daughter
Continuum 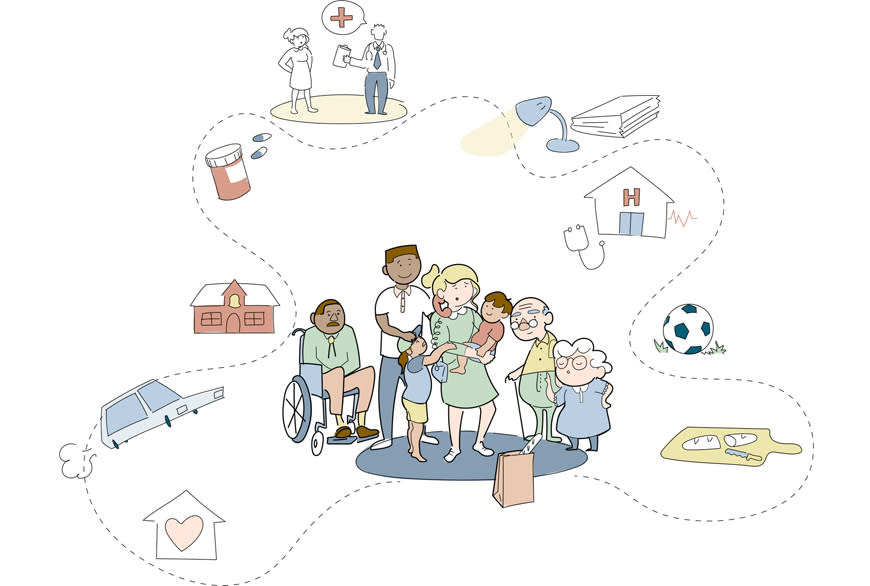 When it comes to family healthcare, who is the most important person?

Traditionally, the answer might have been the mother or father. But if your experience is like ours, the correct answer is the alpha daughter. The alpha daughter is the main healthcare decision-maker in her family, overseeing important decisions for herself, her spouse, her kids, and more than ever, aging parents. While the term may be gendered, the alpha daughter isn’t always a woman.

The increasing competition and transparency of information means payers and providers must know who the family decision-makers are and effectively target them. Being the key healthcare administrator for multiple family members means they hold a huge amount of influence and leverage. Because the alpha daughter is a fierce advocate for family members, it is imperative that she’s treated with respect and fairness.

The alpha daughter is precisely the kind of person who wants to know who is the best-ranked provider in the area or the prices of procedures. The focus on the alpha daughter is about a change in the healthcare choice paradigm. It means moving from a nearly reflexive preference toward, say, a big, name-brand hospital—which had been a proxy for quality—to a more detailed focus on elements such as physician ratings and quality metrics.

Winning the trust of an alpha daughter creates a loyal ambassador to a health systems products and services.

To understand how to design for the alpha daughter, I spoke with a variety of people who meet the above alpha daughter criteria. Based on what I learned from my conversations, here are three salient points to keep in mind.

1. I Didn’t Choose This Job, but Somebody Has to Do It

All of the alpha daughters I spoke with have siblings or partners, other people in their lives to share the burden of healthcare decisions with. In each interview I asked, “Why are you the one doing this?” The response was always a thoughtful pause, followed by a response such as that of Nancy (not her real name), a mother of two young children: “Who else would this fall on?”

“Everyone else is glad it’s me. No one is signing up for this job.”

When the time comes for big decisions and efforts, alpha daughters are the only ones who are willing to take on the burden. While others may recognize a problem and even be able to help with the decision-making, follow-through becomes the key differentiator with alpha daughters. Carmencita, who manages healthcare decisions for her children, step-children, and fiancé, explains: “Even if other people in my family agree it’s the right thing, they don’t stick with it. I stick with it.” Alpha daughters are the members of the family who step in because they can’t ignore the problem. For them, opting out is not an option. This becomes especially true with caring for their parents. Unlike having kids, becoming the advocate and decision-maker for their parents is a difficult path to find and follow.

Ultimately, becoming an alpha daughter doesn’t feel like a choice. It’s a tough job that most people don’t want to do. Jennifer (not her real name), a mother of grown children who is now making the healthcare decisions for her parents and helping with the decisions for her grandchildren, says: “Everyone else is glad it’s me. No one is signing up for this job.”

There comes a time for many families when they need to make nearly impossible healthcare decision. Kathy, who had to make the heartbreaking decision of taking her father off of life support, says: “We had to make a decision. I had to make that decision because no one else would.” While other members of the family may be overcome with emotion and grief, alpha daughters tend to be rational and calm. Christine, a mother of two young children who is beginning to help with healthcare decisions for her parents, notes, “I’m calmer, more realistic. My brother would just get upset.”

“I’m calmer, more realistic. My brother would just get upset.”

Says Jennifer: “The other members of my family are more emotionally driven.” By staying cool and collected, alpha daughters hope to make the best decisions for their family. However, as involved as alpha daughters are, they aren’t experts. Many of the alpha daughters I spoke with worry about the decisions they make. When Carmencita’s late husband needed a life-altering surgery years ago, she found it incredibly difficult. When I asked if she felt she made the right choice, she said, “Hindsight is 20/20. In the moment, I don’t know if it is a good decision.” Even in a less dramatic moment, such making a decision for child with the flu or a parent showing early signs of aging, Nancy says: “I don’t know if that’s the right thing. How can I know? It can be hard to know what do to.”

A common theme is alpha daughters are doing everything for their families, not just healthcare. Carmencita jokingly says: “I basically manage everything else.” Alpha daughters have busy, hectic lives, with multiple people depending on them. It takes up a lot of their time and most of their energy. For Christine, “it’s overwhelming and stressful.”

“I take less good care of myself than everyone else. I’m the decision-maker for me, so I don’t feel guilty when I ignore my needs.”

Despite the stress, lack of time, and the weight of their decisions, alpha daughters manage to get it all done. However, there are consequences. Carmencita comments “I don’t have a weekend for myself. I forgot how to take care of myself.” Alpha daughters put the needs of everyone else before their own. For Nancy, “I take less good care of myself than everyone else. I’m the decision-maker for me, so I don’t feel guilty when I ignore my needs.” As Ben, a single man who covers the cost of his mother’s healthcare as well as making the key decisions, bluntly states, “Nobody is taking care of me.” When designing for alpha daughters, it’s easy to forget they may need their own alpha daughter.