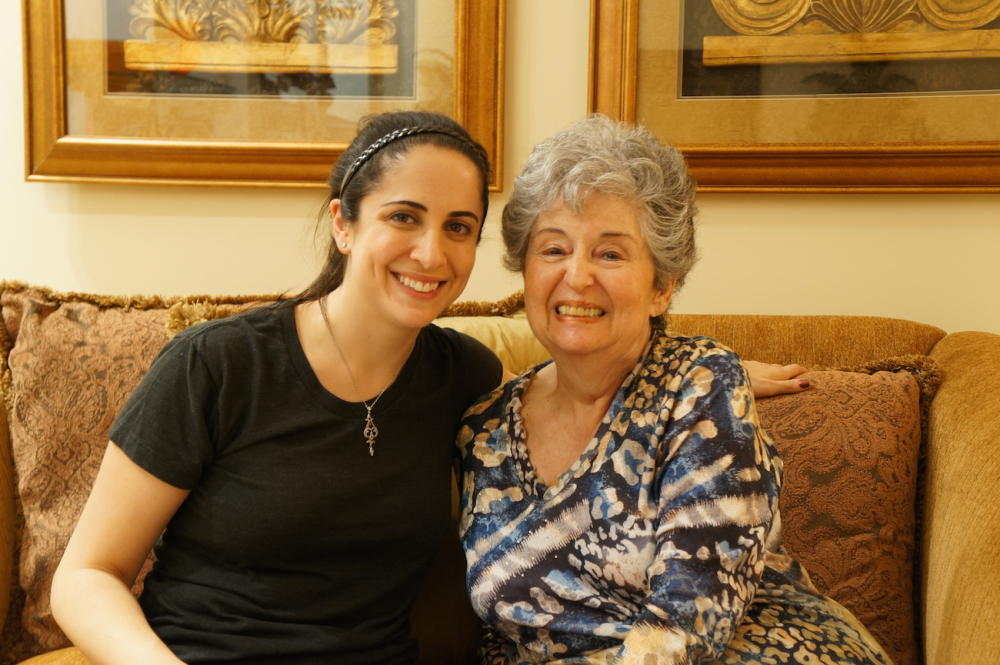 Four million outpatients in the U.S. are on long-term warfarin therapy (warfarin is an anticoagulant or “blood thinner”) to prevent heart attacks, strokes, and potentially deadly blood clots.¹ Because of warfarin’s limited therapeutic range and clinical and genetic factors that can influence the body’s response to it, patients must have their international normalized ratio (INR) checked frequently (typically once a week to once a month) via a blood test at a lab or doctor’s office and wait to hear from a provider as to whether they should adjust their dose. This made me wonder…

My Grandma Betty is one of the 4 million. She has atrial fibrillation, among other health conditions, and getting out of the house can be inconvenient, assuming she feels well enough on that particular day to make the drive. And which doctor is it she’s seeing today? Ah, yes, the cardiologist. (The podiatrist was yesterday and the oncologist is tomorrow.) She’d much rather sit at home, check her email, and chat with my mom about how cold it’s been in Florida (in the 60s) and why my brother and I don’t call her more often (Sorry, Grandma!). And that’s just fine, because she’s 85, and why shouldn’t she?

Shouldn’t Grandma Betty and patients like her be able to test and manage warfarin levels
at home on their own, just like the 6 million people in the USwho take insulin to treat diabetes?²

People with diabetes (PWDs) have been trained by their providers to measure their glucose levels with a blood glucose meter and determine the appropriate insulin dose needed to keep their glucose levels within a target range. According to the American Association of Diabetes Educators, PWDs with vision, hearing, and dexterity issues may need special training and insulin delivery tools, but they are not contraindicated. Even PWDs with low literacy/numeracy skills, learning disabilities, and cognition issues can be accommodated.³ Some PWDs use advanced techniques like carb counting combined with an insulin calculator on an insulin pump that takes things like carb ratio, insulin sensitivity factor, and insulin-on-board into account, while others employ basic analog tools like a sliding scale. While the efficacy of these tools varies and no one gets the dose exactly right all the time, the precedent exists for self-testing and self-management of medication—and in this example the drug is insulin, which can be deadly if dosed incorrectly.

So why not manage anticoagulants the same way?

A literature review performed by the International Self-Monitoring Association for Oral Anticoagulation (yes, such an association exists!) and published in the International Journal of Cardiology concluded that there is a compelling case for patient self-testing (PST) and self-monitoring (PSM), due to benefits around safety, patient education, response to lifestyle changes, independence, and quality of life, in addition to long-term cost effectiveness due to the reduction in health complications. The review also stated that studies have found that “as with self-testing and self-management of insulin-dependent diabetes, most patients who are able to lead an independent and self-supporting life are, in principle, capable of self-testing/self-management of oral anticoagulation, irrespective of education and social status.” Patients need only comprehend the concept of the therapy and its risks, be willing to actively participate in treatment, and have sufficient dexterity and visual acuity.4

Given that patients using anticoagulants are equally capable of self-testing and monitoring as PWDs using insulin, what’s preventing this methodology from becoming the standard of care?

It’s estimated that only 1.5% of the 4 million patients taking warfarin in the U.S. perform PST. To make matters worse, only 30-40% of warfarin-using patients have access to anticoagulation clinics due to time, distance, and other barriers. The rest are managed only through routine medical care. Even those who receive care at anticoagulation clinics have INR readings within the target range only 52-66% of the time and would benefit from the more frequent monitoring at-home testing enables.¹

It’s not for a lack of insurance coverage. Most payers, including Medicare, cover the cost of PST for atrial fibrillation, venous thromboembolism, and mechanical heart valves. Great news, considering the monitoring devices cost $1,500-2,000 and the test strips cost $7-$12 each!

However, it could be the lack of relevant clinical data. Most clinical studies on PST and PSM have been conducted in European countries with relatively more homogenous populations, racial mixes, and sociodemographic characteristics, and of the few PST studies completed in the U.S., most have been conducted with narrowly screened patient groups. Only one PSM study has been done in the U.S., and it only studied 20 patients.¹

It could also be the absence of human-centered design in anticoagulation monitoring. There are many usability barriers to PST and PSM, including a complicated dosage algorithm, difficulty in operating the point-of-care device, and difficulty with performing fingersticks. There are even emotional barriers, such as anxiety from performing fingersticks, lack of confidence in one’s ability to get the dose right, and reluctance to commit to necessary training.¹ Yet all of these can be addressed through greater attention to human factors and incorporation of human factors experts early in the design process. It may not be possible to entirely overcome barriers around physical and mental impairments, but anticoagulant monitor manufacturers could learn how to be more inclusive from the diabetes industry.

But perhaps it’s also the limitations of the technology itself.

Call me Negative Nancy, but I was disappointed by Siemens’ recently launched Xprecia Stride Coagulation Analyzer for provider point-of-care use. Yes, it is ergonomic. Yes, it has a simple color display. Yes, it improves workflow efficiency. Yes, it won a design award.

I wish Siemens had made the device for home use, like a blood glucose meter. I wish they added Bluetooth Low Energy to the test device and built a simple app to remind patients to test, to collect and store data from the device, and to send the data automatically to a provider EMR system. I want it to flag worrisome readings for a doctor to follow up on with the patient through the app (and get reimbursement for doing so), and populate reports for future in-person or telemedicine visits. That way, someone like my Grandma Betty could test from the comfort of home while streamlining her doctor’s workflow, and, if my mom nags her enough, generate many more data points than under her current once-a-month INR check protocol. In addition, for patients who are willing and able to adjust their anticoagulant dose on their own, I want to empower them to do so with simple, intuitive digital and analog tools—just like millions of PWDs do everyday.

The device on the market today that comes closest is the CoaguChek XS Connect, from Roche. The system contains an at-home point-of-care testing device with a separate device that plugs into a computer via USB to download data from the testing device. However, because it requires manually downloading INR test data for retrospective review with a provider, it adds burden to the patient’s experience and misses the opportunity for closer-to-real-time provider data reviews.

Where do industry players go from here?

Roche's recent partnership with Qualcomm is a step in the right direction. Roche plans to utilize Qualcomm Life's 2net Platform to capture and transmit data from patient devices, starting with anticoagulation meters. This will surely expand the positive impact of the CoaguChek system. Given limited U.S. clinical data around PST and PSM, it would also be smart for Roche to conduct a large clinical study with a representative sample of U.S. patients to demonstrate the safety and efficacy of empowering patients with these methodologies.

In addition, with increasing competition from novel oral anticoagulants like Pradaxa, Xarelto, Eliquis, and the recently FDA-approved Savaysa, which aim to overcome warfarin’s clinical and practical shortcomings, warfarin manufacturers would be wise to partner with diagnostic device manufacturers like Roche to increase their value proposition to patients and providers with a digital ecosystem. Ultimately, clinical outcomes and patient experience are tightly intertwined, and thus a dual focus will ensure success for pharmaceutical and device manufacturers alike.