HCD in the R&D Lab
Continuum 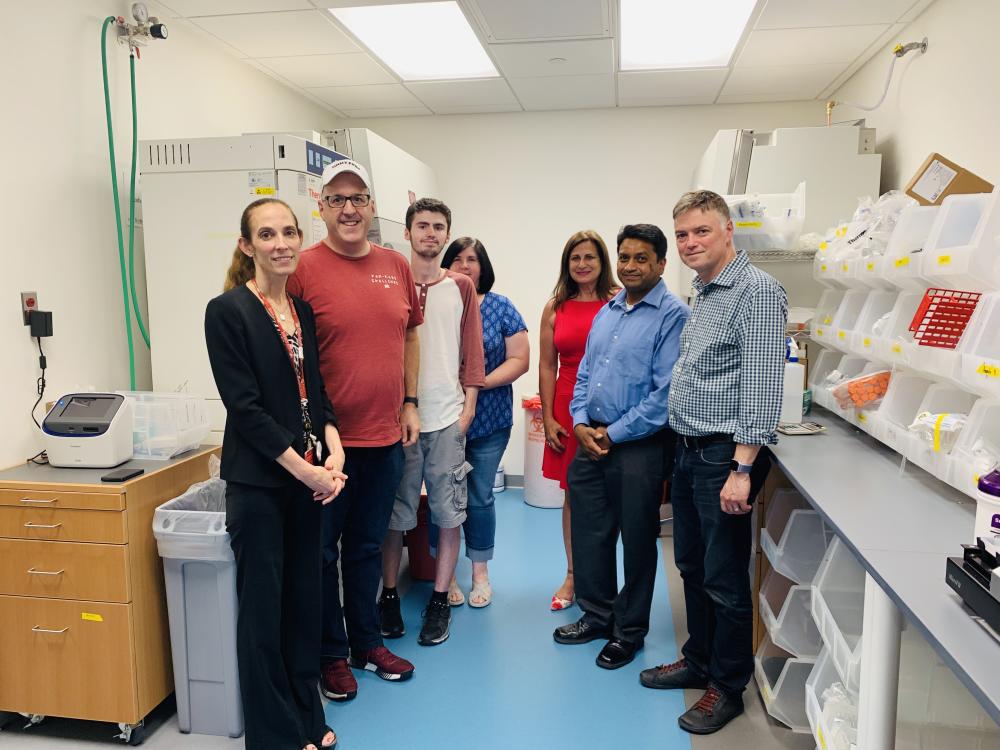 A human-centered research lab. Can you imagine such an environment? What might it look like and feel like? What would be the intent behind such a space? How might a better experience for research scientists lead to better outcomes? Would it increase productivity? The engagement—the happiness—of the scientists on hand? And how can you balance humanist design with the sterile and rigorous needs of a scientific testing environment?

Scientists are people, too—and the work they do is dependent on context.

While we expected to be blown away by Stegmaier’s descriptions of these paradigm-altering technologies staring down at us… our EPAM Continuum designers were surprised, as we threaded through the lab space, by the significant amount of talk devoted to creature comforts and amenities. These scientists kept yakking about the space’s experience design! It was the kind of stuff we might have focused on, had we been guides, rather than visitors.

Scientists, we learned, are people, too—and the work they do is dependent on context. In order to facilitate the time and focus necessary, Stegmaier’s researchers have to want to be there—or at least not want to not be there.

Historically, the emotional response to one’s workplace wasn’t a consideration in the minds of organizational leaders or their architects. When it came to getting things done, they assumed that an uncomplicated, work-optimized environment and process would be the most effective and efficient means for people to accomplish tasks. This notion was codified in the work of Fredrick Winslow Taylor in his 1911 volume, The Principles of Scientific Management. Henry Ford based his assembly line on it. And Charlie Chaplin cautioned us all about the comic horrors of this in his 1936 film Modern Times.

Historically, the emotional response to one’s workplace wasn’t a consideration in the minds of organizational leaders or their architects.

More recently, companies have lavished much money on crafting a certain kind of experience for their employees. Say what you will about the modern startup office eccentricities like bean bags, free beer and candy—Dan Lyons does this with great comic flair—but it’s been accepted as a key way for Silicon Valley companies to retain talent.

In healthcare, space design is making a real impact. More intentionally designed hospitals have been found to produce better outcomes. “[T]here are numerous examples throughout the world that have demonstrated—with clinical data—that design has a measurable, desirable impact on clinical outcomes and cost,” writes Yuhgo Yamaguchi in Harvard Business Review. Additionally, there’s an understanding that burnout is a very serious issue, and redesigning the process, to make it more human, is essential.

Many organizations have adopted open offices with flexible seating and project war rooms to allow staff to exercise their agency in what to do where and when. Our own Boston studio was designed in such a way, as our architect, Eric Höweler, explains.

Prior to its new space, Stegmaier’s lab had been in the bowels of the Dana building—there were no windows, the ceilings were low—it was a rather gloomy place to work. According to her, the biggest alterations in the new labs have been around low-tech features such as an increased number of windows and glass walls, to allow light in, rather than microscopes.

Most of Stegmaier’s researchers remarked upon improvements such as desk locations that allow them to eat while working and see the world outside.

The social component of the work also comes through, by bringing together the broad range of talent required by the lab—physicians, researchers, chemists, and computational biologists—with fantastic working spaces designed for collaboration

Outsiders also find a way into the lab: there’s a common area in the center of the floor with panoramic views, and equipment to support seminars and guest presentations

The other lab on that floor belongs to a scientist doing complementary related work—and the co-location increases the chance for cross-lab pollination. This kind of thing was very familiar to us. “We came to learn that collaboration and innovation don’t happen in a specified time and place,” writes Gianfanco Zaccai, Co-Founder of EPAM Continuum. “It’s really a seamless space in which people start something by kind of wandering, or wondering, about something. They might run into a person in a corridor and go into a project room to discuss the matter.” 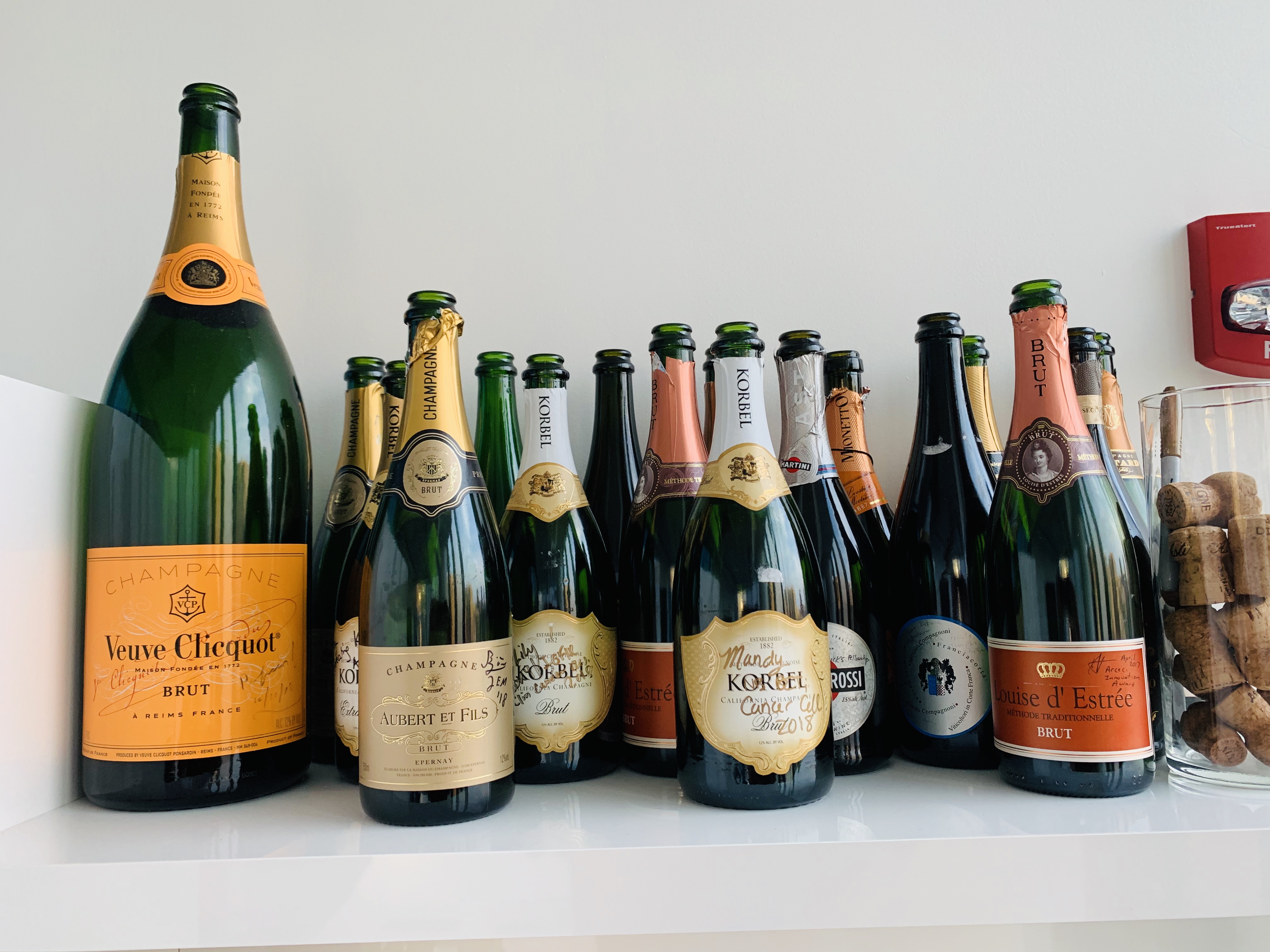 Looking around Stegmaier’s lab, we noticed a contradiction. We saw the humanity pushing into a deliberately sterile environment in the form of empty champagne bottles—each a trophy to a published paper that stand together on a shelf above the break room sink, commemorating the success emerging from the space and reminding researchers daily of the bigger picture.

Looking around Stegmaier’s lab, we saw the humanity pushing into a deliberately sterile environment in the form of empty champagne bottles.

MIT Media Lab researcher Alex Pentland has run experiments on how the layout of workspace affects things like creativity, as measured by such metrics as number of patents. He terms it “social physics.” Through a combination of sensors, both on workers and in the environment, his team first measures the impact of variables and then designs spaces and tools meant to do things like increase opportunities for interpersonal communication or make conversations more balanced between speakers. In a way, he’s taking the efficiency eye of Taylor and adding the human lens to it.

Not difficult to imagine how this might be applied in Stegmaier’s world. The people-analytics firm, Humanyze, seems like it could help here. As Humanyze’s CEO Ben Waber says on our Resonance Test podcast: “You don't care what Bob’s doing at 2:30 on Tuesday. No one cares. What you care about is: ‘What’s our most productive team do differently than everybody else? How much does management talk to the sales team?’ Those are the really big questions. That’s what we care about.”

Stegmaier isn’t precisely engaged in social physics, but her humanistic vision might be profitably married to some subtle but effective data enhancement. In fact, her lab seems to be indicating that such a might be a vision of future labs.

Our time in Stegmaier’s lab was valuable because it reminded us that good experience and space design is a winning strategy for winning the multi-front wars healthcare is fighting. We need good people doing research on pediatric cancer—Stegmaier certainly does—and a carefully designed space might seriously help on that front. We need our healthcare workers to be inspired and full of wellbeing, not burnt out and frustrated.

Sometimes sacrificing what seems more effective on paper, in favor of that which is more human, pays dividends. Healthy ones.

A better research lab today might lead to a healthier tomorrow. Why? Because our work environments actively combat depression and alienation, and because the scientists searching for cures might—should—find themselves happy and motivated.

The visit reminded us that chasing efficiency gains can be, at times, like participating in a false economy. Think of France’s fur-day workweek. Sometimes sacrificing what seems more effective on paper, in favor of that which is more human, pays dividends. Healthy ones.