Work and the Future of Life, Business & Everything | EPAM Continuum
Continuum
03

Work and the Future of Life, Business, and Everything

The pandemic added fuel to a growing labor movement, with no easy answers for businesses.

With the pandemic putting pressure on both sides of the remote work divide, the future of work is under negotiation. The rise of labor strikes and a growing demand for not only fair wages and working conditions but also equity in the workplace has companies re-examining what it means to ‘do right’ by their people.

Sociologist Ray Oldenburg famously called work society’s “second place”; outside the home, it’s where we used to spend most of our time. Hard to believe now, but before 2020 leaving the house was a normal activity. This sudden and truly bizarre upending of day-to-day life drove half of the economy’s workforce into a forced experiment in previously theoretical futures of work. For the other half, it’s forced a grim choice between a paycheck and safety that has driven unemployment on the one hand and exploitation on the other.³⁶

Sociologist Ray Oldenburg famously called work society’s “second place”; outside the home, it’s where we used to spend most of our time. Hard to believe now, but before 2020 leaving the house was a normal activity. This sudden and truly bizarre upending of day-to-day life drove half of the economy’s workforce into a forced experiment in previously theoretical futures of work. For the other half, it’s forced a grim choice between a paycheck and safety that has driven unemployment on the one hand and exploitation on the other.³⁶

When the knowledge economy shifted en masse to work from home, any employers with worries about productivity in an increasingly remote future had their fears put to rest.³⁷ The experiment has been largely successful, even as it’s taken a toll on working parents, especially women and those with young children. In the kinds of trades that can’t be done remotely–which make up the bulk of the service sector, manufacturing, and agriculture–it’s automation that’s been forcibly plucked from the future and brought into the present. Needing to adapt quickly to lockdowns, companies have harnessed a spectrum of emerging technologies to reduce human labor, from self-service or contactless systems in retail and hospitality to robotic process automation and robot arms in logistics and eCommerce.

These technological changes have given the economy some desperately needed wiggle room, but haven’t alleviated the stress on employees. The pandemic has been a pressure cooker for labor issues, adding fuel to a movement that was already simmering before Amazon workers began striking in March. In 2012, the fight to increase the minimum wage began in the US with rolling fast food worker strikes, which went global over the following two years. Since then, dozens of groups from teachers to home care workers have struck and globally, Hong Kong, Brazil, Israel, and countries across the EU have all seen general strikes over pay, working conditions, and/or wealth inequality. In the US, approval of labor unions is at 65%,³⁸ almost a 50-year high, and has been climbing steadily since 2008. And recently, a nascent backlash to Asia’s punishing office work cultures³⁹ʼ⁴⁰ has joined the more established, yet perpetually unresolved, dialogue about the norms of white-collar work in the west.⁴¹

As it has done with so many trends, the conditions of the pandemic kicked all of that energy into high gear. It fueled strikes and unionization efforts for all kinds of essential workers and drew attention to situations so exploitative that they became a threat to public health (such as meat processing facilities ⁴²ʼ⁴³ʼ⁴⁴ and migrant labor dormitories ⁴⁵). It has made urgent problems of paid sick leave, childcare for working parents, and burnout, and has renewed conversations about work/life balance, the gig economy, basic income, and the four-day workweek. This summer, the Black Lives Matter protests–which originated in the US but spread around the world⁴⁶–highlighted the ways race factors into labor inequality, from representation to pay gaps to corporate culture.

There are two different threads within this public, global conversation about the future of work. One is about what is acceptable: What makes a fair wage, humane working conditions, or a worker an employee? The other thread is about what’s preferable: What is work/life balance, dignity, or equity? They are two sides of the same coin; respectively negotiating the near and far limits of the Overton window of work. Which in turn will kind of define everything else, too.

The fight for a living wage is at a higher level, a fight over wealth inequality and the socioeconomic structure of society.⁴⁷ Uber and Lyft’s fight over whether drivers are employees is a referendum on one of the most influential business models of the last decade. And work/life balance is a debate about how we live our lives. Most of us spend 90,000 hours of our life, five out of every seven days, and half our waking hours on the job. Work gives us essential feelings of belonging, relevance, and respect. It’s worth fighting over.

And yet the downturn in the global economy complicates this movement. Traditionally, high unemployment means less labor mobility and depressed wages (or slower wage gains). The market won’t incentivize businesses to meet labor’s demands. The unemployment crisis erodes workers’ leverage, but not their discontent. It’s a paradox for businesses, caught between an irresistible force of social (and often internal) will, and the immovable object of corporate legal structure.

There aren’t easy answers for companies that want to do the right thing on labor, climate change, or other issues at this level: Even the third-way strategy of stakeholder capitalism, which has advanced a fairly radical path forward according to traditional business values, is in existential crisis.⁴⁸ We’re in the middle of a period of massive social unrest–a modern second coming of the US Civil Rights Movement that’s inextricably globalized and has many fronts. You can fight the tides of history, or you can fight your shareholders, but none of us are getting out of this without a fight.

You can fight the tides of history, or you can fight your shareholders, but none of us are getting out of this without a fight. 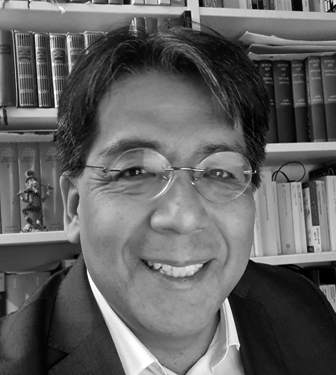 How Digital Management Tools Can Improve Autonomy and Flexibility

Outbreak-tracking software has been an ominous force throughout the coronavirus pandemic. Both governments and employers are investing in apps to help them track and trace the virus. But citizens and workers are wary of sharing too much information—their personal whereabouts, DNA, and health information—with those in power.

At EPAM, we built a tool of our own, COVID Resistance, to track workers’ health status, trace their contacts, and set up and implement contingency plans should they fall sick. As we worked with clients to design the tool, we learned that these tools can create more autonomous and humane working environments than ever possible before. This all hinges on one fact: A robust outbreak management tool is actually a robust workforce management tool.

Businesses can take emergency investments in pandemic management tools and make them work double time to create a more efficient and resilient business for the long run. Right now, employers need tools to quickly reallocate shifts if workers become infected, to stagger shift allocations and ensure there is no crowding at entrances, and to communicate shift allocations and last-minute changes effortlessly to employees. After the pandemic, this tool could easily become a permanent, automated shift-allocation system.

Beyond adding efficiency, we believe many of the features we’ve laid out could even improve welfare and autonomy in working environments that have always been quite stringent. Better technology could give managers the insight they need and increase workforce autonomy. Shift-swapping, flexible break and lunchtimes, even finding replacements for sick leave become much simpler with better tools.

Remote work has created many possibilities in terms of flexibility for employees, yet existing management tools can’t keep up with the needs of a real autonomous and flexible workforce: real-time notifications, transparency for all stakeholders, and of course 24/7 accessibility on mobile.

Read the full version of our white paper on COVID Resistance here. 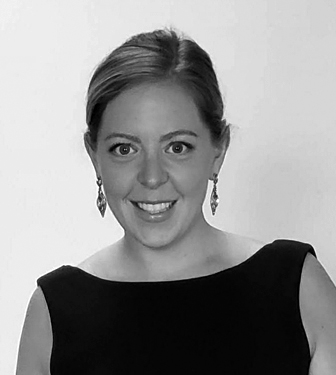 As we continue to adjust to long-term remote work, the realities of this augmented workstyle are erasing the pencil-thin line separating our work and home lives. The lack of balance has real impacts for companies and their workforces, and several European countries are currently reviewing legislation to protect workers.⁴⁹ Organizations must now reconsider their approach to benefits, performance management, communication practices, and so much more. Digital tools mean teams can work and contribute at any time in the day, but without clear priorities these same teams often feel they must work at any time in the day–leading to employee burnout, decreased engagement, and other negative organizational outcomes.

So how do you keep your organization working well while working from home? Here are some points to consider.

Think about how your organization measures and manages performance. Do you prioritize the quantity of work an individual contributor or team produces, or is quality the more important consideration? Is your workforce development strategy based on filling established roles within an existing hierarchy? Understand the evolving and agile needs of your organization and emphasize the development of the critical skills necessary to meet those requirements within your workforce. Do so, and your employees will gain valuable work experience while supporting organizational goals to create holistic successes.

Think about your tools. How many digital tools does your organization use, and are there clear use cases for all of them? Having more tools isn’t necessarily better, and careful onboarding can focus otherwise scattered workflows. How do your digital tools empower employees to disconnect when they need to appear ‘away’ from their computer without repercussions (real or perceived)? If you use productivity-monitoring software, do the metrics reward overwork or allow room for flexibility? Has your organization revisited learning and development (L&D) offerings to include support for managers now responsible for leading remote teams?

Does your leadership team have a communication strategy for navigating COVID-19 that acknowledges the difficulties presented when working from home during a pandemic? If you haven’t reviewed your benefit programs since the onset of COVID-19, find out if they’re structured to include mental health, tele/video health appointments, and EAP services.

The first step to finding a more healthy, balanced, and productive remote rhythm for your employees is acknowledging, through communication and resources, that things are hard right now. The new normal isn’t normal, but you’re working through it together. 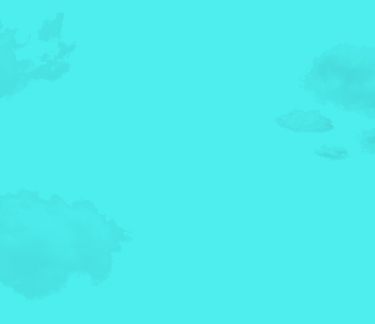 58% of US employees felt burnt out in August, an increase of 13% since April. Workload (47%) and the pressures of balancing work and personal life (39%) were the most attributed factors.