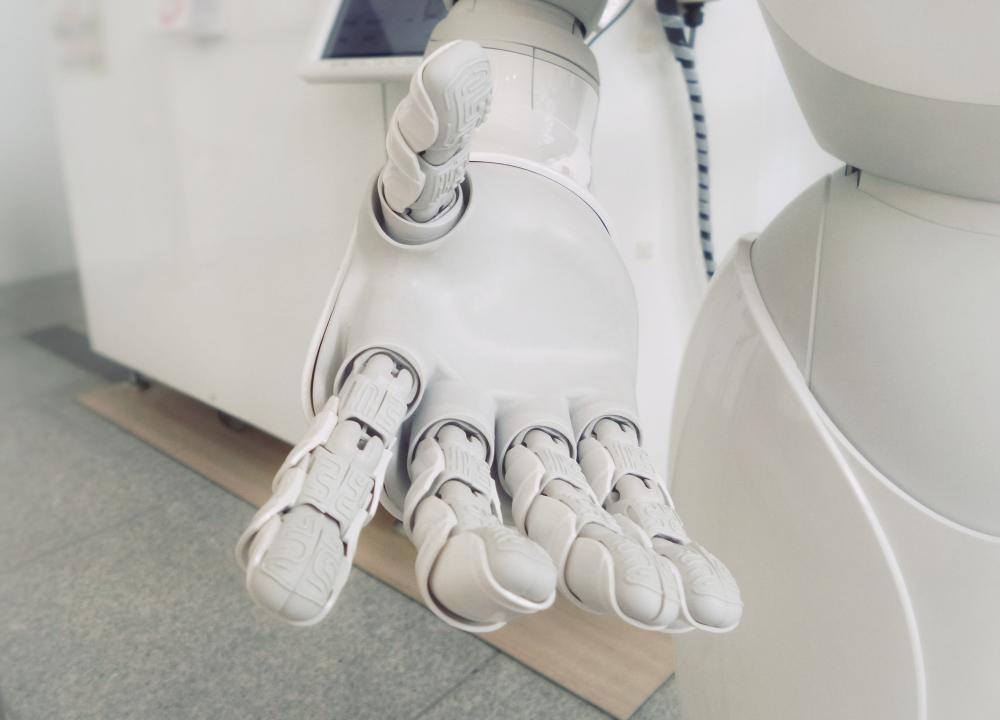 Surgeons are people, too. An obvious fact to, say, surgeons—but perhaps less so if your job is to design and manufacture robots for surgeons to use. Which brings us to a second fact: the global market for surgical robotics is growing. Rapidly. It seems each set of robotic offerings builds upon the unaddressed needs of the others. Intuitive Surgical covers anthropomorphic teleoperation of instruments. TransEnterix works with haptic feedback to pistol-grip instruments and eye tracking. Medrobotics specializes in steerable, shapeable instruments. Auris focuses on flexible robots with added data science and visualization. And so on.

All the relevant players understand that the advances required to deliver safe and effective robotic surgery are immense, and that they take time. Intuitive Surgical, maker of the da Vinci Robotic Surgical System, has spent over two decades refining its technology. However, ongoing technical and system development is required, as alluded to in “Adverse Events in Robotic Surgery: A Retrospective Study of 14 Years of FDA Data.” The authors surveyed more than a decade of surgical data and concluded that the systems still experience a “non-negligible number of technical difficulties and complications” during procedures.

Safer, more effective systems can be developed by addressing the entire ecosystem in which a robotic surgery system resides.

The relentless emphasis on the surgical technology and its instrument ecosystem is understandable. But that prioritization, and the consequential neglect of user experience, leaves to chance other factors that can greatly influence market success, efficacy, and safety. We can’t help but conclude that safer, more effective systems can be developed by addressing the entire ecosystem in which a robotic surgery system resides. This will also surely affect market penetration.

To give surgical robotics companies a broader mindset, we’ve developed a series of three questions. Ask them, and you will begin to think beyond the robot.

1. What Impact Does New Technology Have on the Established Pedagogy?

Robotic surgical skill is generally developed in residency, the years following medical school in which the practical hands-on skills of specialists are passed down to a new generation.

The established training adage of “see one, do one, train one” has worked for entire generations of surgeons studying the standard techniques of open surgery. This method worked, in part, because open surgery allowed a gradual progression from observation to increasing peripheral participation, to full responsibility. With robotic surgery, the hand-off between the attending physicians and residents in surgical settings is more binary—eliminating this progression so essential to the acquisition of skills. With their rapid expansion, robotic surgery technologies have forced rapid policy and norm changes in teaching methods. Unfortunately, these changes have allowed only a minority of trainees to achieve necessary competence.

Students who follow the standard educational path acquire limited robotic proficiency, while those who develop proficiency break the educational norms and look outside of the traditional learning methods.

A new study by Matthew Beane, a postdoctoral researcher the Technology Management at UC Santa Barbara, found that students who follow the standard educational path acquire limited robotic proficiency, while those who develop proficiency break the educational norms and look outside of the traditional learning methods. This out-of-the-box learning comes at a cost. Beane found that residents displayed the following attributes in an effort to attain proficiency:

Premature specialization. This is characterized by honing in on robot surgical methods and technique early, to the detriment of other skills, including generalist learning.

Abstract rehearsal. Due to the limited opportunities for most in practicing actual robotic surgery, this involves extra effort practicing skills out of context and “offline” through computer simulations and the viewing of videos. Most programs require only a small amount of simulator training.

Under-supervised struggle. Students who gain fluency in their robotic skills seek out learning opportunities in high-risk sink-or-swim scenarios. This happens when working with superstar attending physicians who perform vastly more procedures than others. Or RAs who take their robotic skills from elite to non-elite hospitals, where they would have more opportunity to practice.

Beane’s conclusion is that the resulting limited industry competence should be addressed by teaching methods appropriate to these new technologies, and that we must recognize the specific needs of proficiency training for this new technology. More broadly, we conclude that a curriculum should reflect and address relevancy to its environment and its users.

When tech requires task-performing groups to change their routines, the old professional habits tend to persist—even in the face of obligatory change.

It should account for administrative approval, have an effective means of measurement, and provide the ability to scale up.

In a recent project, Boston College sought a partner to not only re-imagine the undergraduate core curriculum, but also to align divergent perspectives. Recognizing the rapid and substantial changes in this increasingly digital and connected world, Continuum and the extended Boston College team envisioned a curriculum that educated the whole student, emphasizing complex problems and enduring questions—areas of study immediately relevant and useful.

Taking a further step, the organization committed to piloting and scaling the new curriculum, starting at a small scale then deploying with increasing numbers. Armed with a new administrative framework to support this endeavor, they developed robust measures of effectiveness of the curriculum, periodically refining and up-scaling the cross-section of students enrolled. This systematic and committed approach is essential to adopting new methods; this new curriculum is now considered part of the fabric of the school.

Which brings us to our next point:

A corpulent body of theory and practice exists around the adoption of new routines and technologies within established organizations. In “Disrupted Routines: Team Learning and New Technology Implementation in Hospitals,” Richard M. Bohmer and Gary P. Pisano describe how successful implementers undergo a qualitatively different team learning process and quantitatively greater rate-of-use than those who can’t complete the circuit, so to speak.

Their research indicates that the stability of existing routines also acts as a challenge to new technology adoption. In particular, when tech requires task-performing groups to change their routines, the old professional habits tend to persist—even in the face of obligatory change.

There are techniques that can help break calcified habits, drawing attention to behaviors or statements we often invoke without thinking. In focusing on these habits, organizations can learn to self-reflect and move to a more innovative stance.

3. What Are the Dynamics of New Surgical Work Environments?

Both the surgeon and the OR team acquire new skills to transition successfully to robotic surgery.

James R. Zetka, in Surgeons and the Scope, describes the historical experience of new-skills acquisition during the adoption of videoscopic techniques by surgeons. In this case, traditional surgical skills were disrupted. The standard reliance on “surgical judgment, good hands, and large incisions” gave way to a concentration on cognitive skill to evaluate the video image, preciseness and skill of coordinating tools through small incisions, and an environment of caution and carefulness (given the power of the new tool set and the fact that the procedures are conducted from some remove). It’s important to note that the proficiency skill set is substantially different between open surgery and robotic surgery.

Holistic design can open up a whole new world of opportunity.

Regarding the surgical team as a unit, “Impact of Robotic Surgery on Decision Making: Perspectives of Surgical Teams” laments the dearth of research in decision-making within the operating room but highlights the work of Klein's recognition primed decision model. The article points out the importance of situational awareness as a trigger for decision support and good outcomes. Paradoxically, the immersion that some systems provide and that are lauded by surgeons—the da Vinci System positions the surgeon's head within a cowl—is also responsible for a discontinuity in situational awareness, one of the main elements of decision-making. Team dynamics and inter-member communication can compensate for that discontinuity; however, this requires a new paradigm of communication within the OR staff. Surgeons and the Scope echoes this emphasizing that the move from open surgery to endoscopic and laparoscopic techniques requires a transition from the centralized individual authority of the old-time surgeon to a team-based approach.

Approaches to understand environmental, team and workflow dynamics are equally applicable to all industries: whether designing a new dental instrument, a campus experience, or the future of first response. Holistic design can open up a whole new world of opportunity; make sure that your organization is the first—or among the first—to respond to it.

Photo by Possessed Photography on Unsplash