For years, carmakers have been chasing after the smartphone in pursuit of the ideal cockpit environment.

Why? Drivers’ phones are more up-to-date than on-board computers. They’re also faster, connected, and easier to use. As a result, individual drivers often bypass their car’s infotainment system, opting to use their phone’s connected services instead.

Truth is, carmakers are behind the curve on implementing today’s best technology practices, which is why they need to pay attention, and even adapt, to certain tech trends.

Many of the trends below aren’t new. They’ve been best practices in the world of smartphones and software for years. Automakers should pay close attention, as they have much work to do before they reach the standard that apps and mobile operating systems have set.

Now that carmakers are experimenting with new interaction paradigms, emerging technology, and operating models, we are seeing more interesting opportunities for them to differentiate beyond the smartphone analogy. We will explore those trends in a three-part series—the first of which focuses the evolution of the in-vehicle interface. 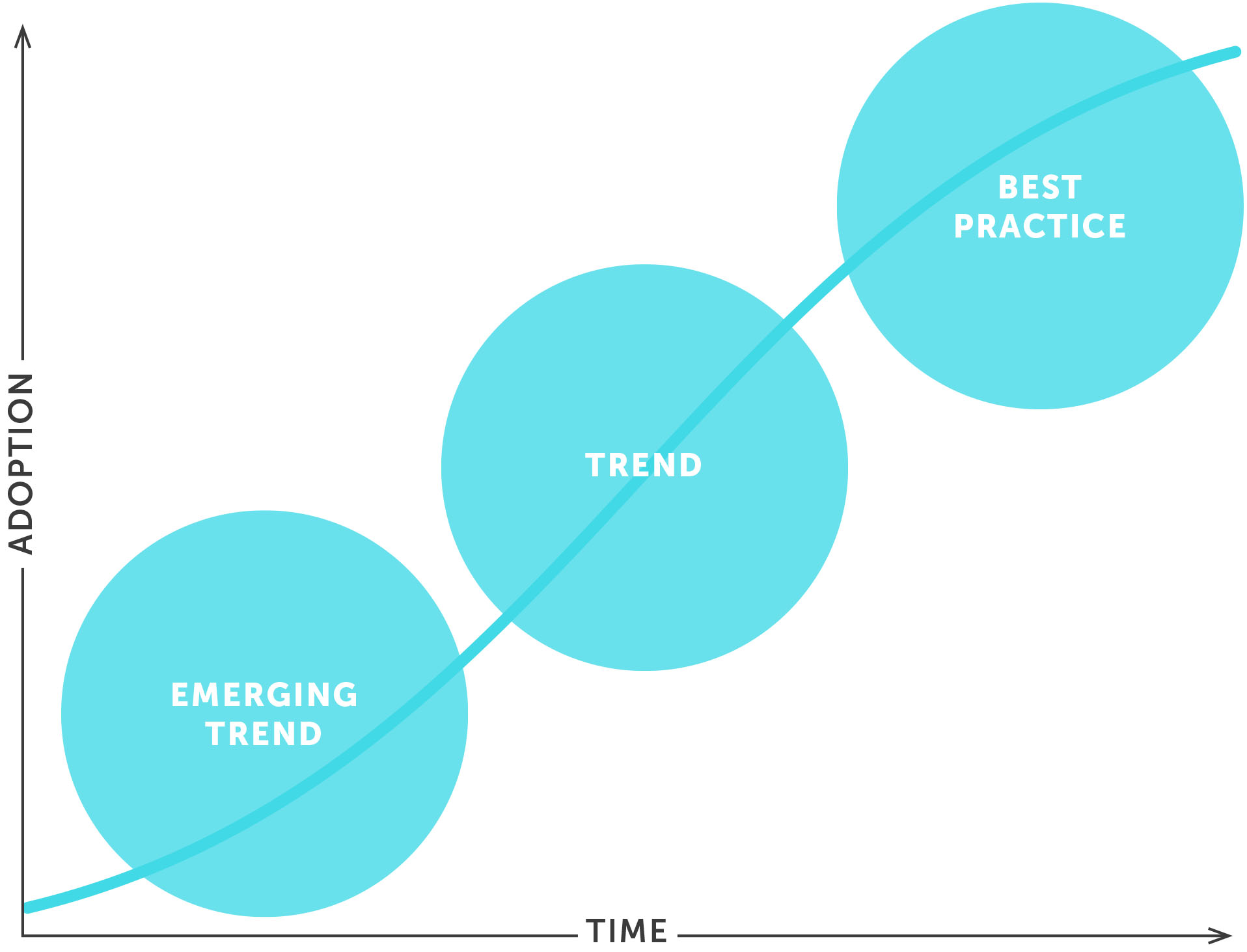 With smartphones’ dominance front-of-mind, carmakers keep trying to differentiate themselves by multiplying the number of touchscreens in their vehicles, making them bigger and more prominent.

For drivers, swapping to their phones in the cockpit is not about the display. Drivers are in search of the seamlessly connected, up-to-date, easy-to-use, and relevant services on their phones.

Rather than making an oversized smartphone the focal point of the cockpit experience (looking at you, Tesla!), car companies would be better served to study the principles that have made the smartphone successful and apply those to the design of their connected car experiences. We’ve identified how these principles are now sparking trends in the automotive industry, beyond the touchscreen

We love our smartphones because of the multi-touch screens that let us use natural and intuitive gestures, rather than the point-and-click interfaces of our personal computers. But translating the smartphone experience into the auto interface presents some challenges. 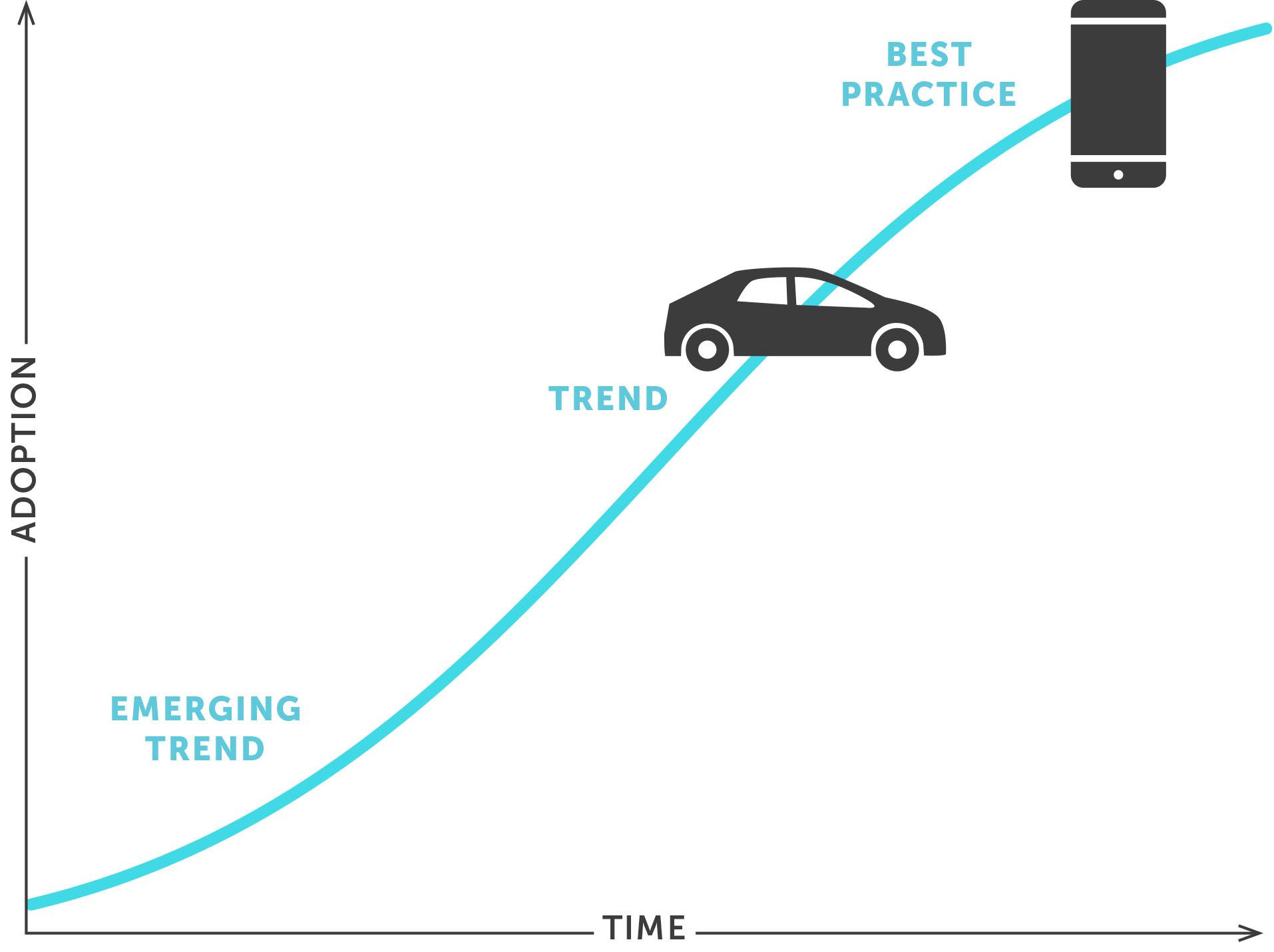 Despite evidence proving how ill-fitted touchscreens are to the automotive space, they are nonetheless getting bigger and more plentiful in new vehicles.

The race to pump up new features and screen-based experiences is driven by the revved-up competition between car brands. At the same time, customers are becoming more educated around safety and usability concerns. This inherent paradox is an opportunity for carmakers to seek more harmonious, simple, and intuitive solutions.

Remember the first time you swiped to scroll or pinched to zoom in and out? It was magical.

Cars don’t need to add touchscreens to create natural and intuitive, even gestural, interactions. Now, automotive brands are experimenting with different input modes including some really clever hardware solutions (proximity sensors, light and UV sensors, force sensors, and haptic feedback) connected to seamless interfaces. These are only glimmers of what’s possible though, and we’re keen to see more exploration in this space.

A decade has passed since Siri's debut, and smartphone users now expect voice control to be standard.

Carmakers have delivered: Almost every major auto manufacturer has integrated voice controls in some form. Whether partnering with well-known voice assistants or developing their own technology in house, it has become a must-have for high-end vehicles—especially in the race for AI-enabled voice assistants that will transition the driving experience into autonomous vehicles. Despite the excitement, researchers have proven that voice adds just as much cognitive load as touchscreens. Carmakers might need to keep looking for the new interaction paradigm for connected vehicles.

Thanks for joining us in our automotive trends journey. In our next post, we’ll look at inspired software. See you down the road!

filed in: travel and hospitality