The Sacred Cow of Cash
Continuum 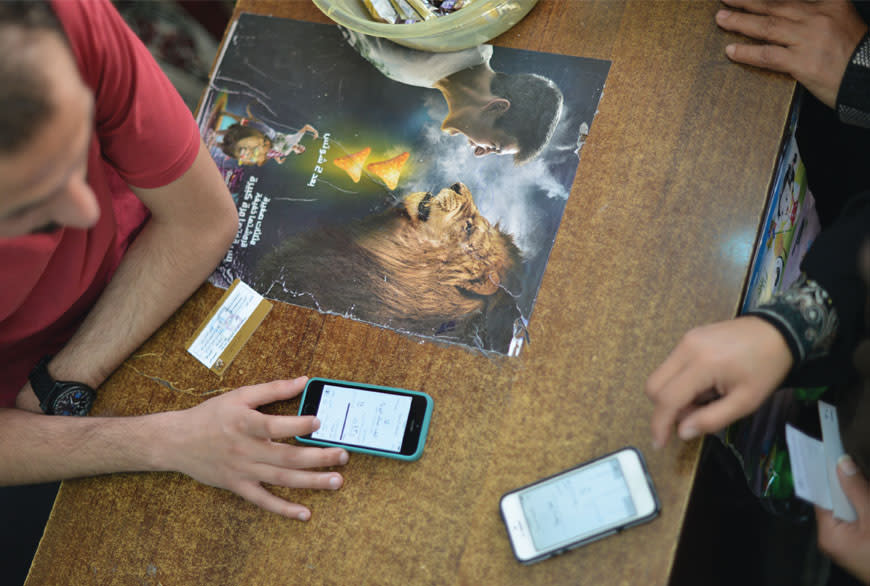 “India Clings to Cash,” shouted a recent headline in the New York Times. Before Continuum, the global innovation design firm where we work, spent months in the field alongside Jordanian entrepreneurs and microloan customers, we would’ve been just as perplexed as the article’s authors. Now, we know better. We recently helped Jordan’s National Microfinance Bank (or NMB) redesign their loan repayment process and move their customers—slowly, slowly—into the online payment world.

India’s Prime Minister Narendra Modi may have decided in 2014 to reboot India as “digital India,” but dropping in a mere adjective isn’t enough to conquer a mindset that recognizes cash as the safest, easiest way to pay for goods and services (although the power of words and metaphor can play a crucial role, as we’ll get to later). The NMB project showed us that reconfiguring ingrained payment habits is tremendously complicated, and takes patience, empathy, and skill.

We see Paytm, the leading digital payment service in India, struggle to get people to go digital, and we feel their pain. In our work with NMB, our approach initially faced much skepticism and rejection, both from our client and from customers. We’d like to unpack three strategies we used to win Jordanians’ trust that they (or anyone seeking to design for behavioral change) could make use of.

Immerse Yourself in the Lives of Customers and Win Their Trust

Credit to Paytm for trying. They understand that their app might be confusing to the businesses that have adopted it, and their customers who might, or might not, use it. They’ve hired 10,000 employees whose remit is to help businesses set up digital payment accounts and troubleshoot technical issues in person. It’s a good start, but it’s not necessarily going to contribute to an enormous stockpile of trust.

The key for us was starting with the needs and concerns of customers, which appears to be happening naturally for Paytm, according to the article, where one merchant “sought Paytm’s help in setting up the service for his toy shop here after 10 to 20 percent of his customers asked to pay with Paytm.” Paytm is halfway there with sending out coaches to train businesses, but what about the people who can get the owners of those businesses to change their behavior, as in the above example?

Why aren’t Paytm representatives chatting with, interviewing, and even going shopping alongside these people to see how they live every day, and how they think and feel about money? Yes, it’s critical to know the needs of merchants, too; as one Paytm employee says: “We have to train them, we have to retrain them, we have to visit them.” This makes sense, but training—and retraining—won’t necessarily unearth the insights into customers’ lives that are needed to create real behavior change around as sensitive a topic as money. To manage this, Paytm must get to know their customers, and to listen to them frequently and deeply. By turning those 10,000 field staff into not just trainers (and re-trainers) of merchants, but also gatherers of street-level customer insight would leverage even more from those valuable boots on the ground.

Make Fear Less of a Factor

Fear is an issue whenever a new process is introduced into any society, and Jordan was no exception. People were uncertain about the safety of “going digital” with their money, voicing fears about losing one’s phone, or one’s child accidentally spending all the money on their phone while playing with it (as phones are often shared devices among middle-class families in Jordan). In looking for a way to make people less fearful of digital payments, we zeroed in on the concept of the “hassalah,” or piggybank, which ordinary Jordanians already identified as a safe way to store and save cash. We designed the idea of the “e-hassalah” into the app, and with just this simple turn of phrase and creation of an icon, we were able to build trust in people around an abstract idea of which they were once deeply skeptical.

As another example, the Times authors mentioned how mobile payment companies eager to crack the Indian market “all cite China, where in just a few years, mobile payments became so popular that it is now difficult to get through the day with cash alone.” However, one of the largest Chinese companies in the space—Tencent, owner of WeChat—was experiencing similar difficulties with getting customers to adapt to phone-based payments, despite WeChat’s over 600 million active users. That is, until they leveraged an established cultural mainstay familiar to everyone in China: the small, red paper envelopes that are filled with money and exchanged during Chinese Lunar New Year festivities each year. By creating the digital equivalent of a physical objects around which behaviors (and trust) were already well-established, their payments app saw such widespread adoption that over 1 billion red envelopes were sent in 2015, and over 2.3 billion red envelopes were sent in 2016.

Of course, people still worry about security. But according to Paytm: “most such problems are related to thieves who call users and persuade them to turn over sensitive account data.” If this is indeed the case, Paytm needs to invest in telling this story well and regularly to the people who use their service, to help better define their mental model around this novel concept of phone-based currency. What is Paytm’s current narrative strategy, if any? Perhaps they can videotape and share online users telling real stories of how the overcame their fear and made their first payment. One could even imagine an Indian version of of WealthSimple’s wonderful, clear storytelling.

“One reason for tech companies’ optimism is that digital payments in India have increased over the past year,” writes the Times. “The value of transactions using digital wallets, the business on which Paytm was built, rose 64 percent from December 2016 to December 2017.” This is good for Paytm, and is perhaps the best that could be hoped for, at such an early stage. At Continuum, we frequently leverage the idea of backcasting—in which an organization identifies an ideal future state, a mid-point vision reachable after several short-term wins, and a plan for scaling their organization and offering to meet that ambitious future goal. For NMB, we designed and prototyped a hybrid physical/digital solution for their customers: one that was both mobile-enabled and brought users into the future, but which was also built upon a strong foundational behavior of exchanging physical cash. It was an easy way to introduce a more secure, modern user experience to NMB’s customers without forcing them to entirely let go of the physical cash they were both comfortable and familiar with.

In fact, backcasting is happening right now for Paytm—they just might not realize it yet. The Times reports that Paytm CEO Vijay Shekhar Sharma already has an ideal future state in mind: “Our truest ambition is for Paytm to be known as the bank for this new-age, digital, mobile world.” This is an excellent example of the sort of language that we encourage clients to use when imagining the furthest out, ideal future state of a backcasting exercise—aspirational, ambitious, but ultimately achievable. To that end, Paytm’s 10,000 employees preaching the digital gospel is the “middle-step” solution!

What’s needed is that scaling component. The talk of WhatsApp—a digital platform with its own set of defined mental models and usage behaviors already familiar for many Indians—adding digital payments to its capabilities will help here. The $1.9 billion Paytm will devote to scaling this ambitious project from now until 2020 will be key as well. However, Paytm also needs to think about going beyond its 10,000 field employees. What can they do to build lasting behavior change? They are currently using incentives—cash back for certain purchase and lifting credit-card processing fees for Patym-enabled businesses—neither of which seem sustainable in the long term. But perhaps they are only necessary to get people on board—and once all of India is using digital payments, like in China, they’ll forget how they were ever able to function without it. Our belief is that if Paytm does sufficient fieldwork, and acts upon the insights that come from it, they could design a service experience that works so well for consumers and merchants that it becomes indispensable in their lives.