The Innovative Road from Olin to Continuum
Continuum 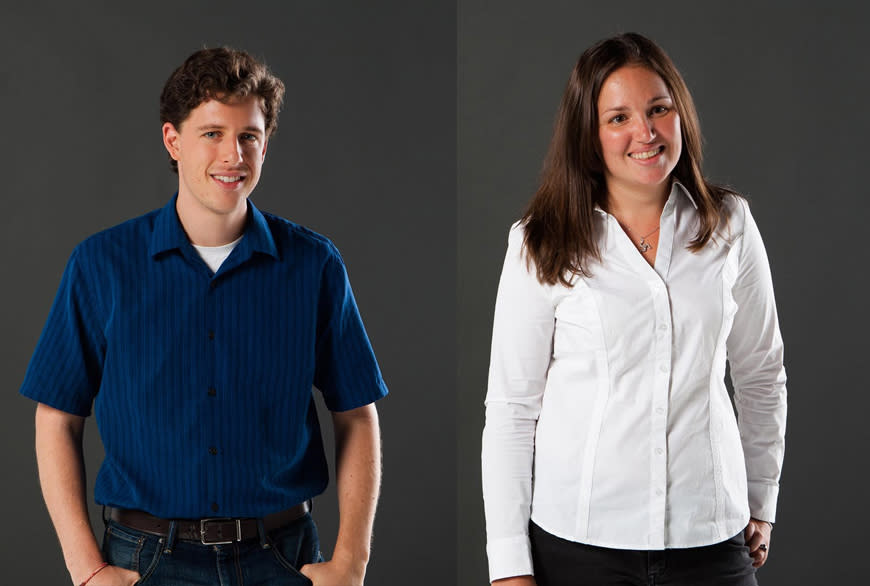 What’s that? An engineering school where teachers learn from students? Where undergrads continually create and experiment? An institution focused on the needs of actual people in the real world? Welcome to Olin College. With an entering first-year class (the class of 2020) of a mere 83 students, this undergraduate engineering school in Needham, Massachusetts, sits at the forefront of education innovation. We recently spoke with two Olin professors, Ben Linder and Jon Stolk, to talk about the Olin experience and learned that the overlaps—including shared values, proceses, culture—between Olin and Continuum are considerable. Which didn’t necessarily surprise us: Olin alums and current Continuum employees, Elizabeth Winter and Jared Kirschner, have found careers that not only allow for, but also align with, Olin’s beliefs and approaches. Below they discuss their experiences at Olin, and explain how Olin prepared them for careers at Continuum. “We built a culture of exploration and experimentation and curiosity about teaching and learning.”—Ben Linder

While many engineering colleges fill students’ first couple of years with general education requirements, Olin throws students into the field from day one. “I was building a bottle rocket on my first day of class,” says Winter. Learning by doing defines Olin. And learning how to learn is an inherent skillset fostered by this pedagogical approach.

One of Kirschner’s biggest Olin takeaways is “being comfortable with the unknown; knowing that I can get thrown into a problem that I don’t know anything about and have a process for starting to build knowledge and figure out what to do, without feeling lost.” Continuum’s design process is grounded on research and learning. Fieldwork. Our practitioners may enter a field in which they aren’t experts, and through talking to real consumers, will exit with the information they need to design with consumers in mind. Take, for instance, our work with The Pacific Northwest National Laboratory—our designers don’t work in emergency response, but through ride-alongs and direct encounters with first-responders, they were able to identify their customers’ pain points, and better envision the future of first response.

“Even if I have a hammer,” says Kirschner, “I step back and say, ‘Are you really a nail?’ I know that I can learn to use a screwdriver. Sometimes the right thing is to choose what you know, but with at least half of the projects here, the thing I know isn’t the right thing for the project.”

Complacency is innovation’s greatest dam, blocking and preventing the flow of new ideas. At Olin, ideas flow freely. “Nobody is just satisfied and complacent with the way things are,” says Winter. As a member of the third-ever Olin class, she saw both the school’s structure, and the content of individual courses, constantly evolving during her undergraduate experience. She witnessed firsthand what it takes to build and adjust an educational ecosystem—many attempts, some failures, and a lot of feedback. “Feedback is such an ingrained part of the Olin culture. Students were constantly talking to professors.”

We, too, think that improvements come from considering feedback, which is often the results of attempted—and perhaps unsuccessful—ideas. For instance, while we may have entered our work on Pampers thinking diaper absorbency was the most important factor for parents, we quickly learned—through ethnographic research—that parents want diapers to grow and change to fit their babies at every life stage. Our insights changed our design course, even after the project was underway. “At Olin, we had an opportunity to prototype different ways of teaching class. The transformation took a long time, since it required both practical skill-building and deeper mindset- and belief-shifting.”—Jon Stolk

Real-world application of knowledge and skills is something Olin students gain by making and iterating. And, through this process, Olin itself evolves. Before his Design Nature course, Kirschner had little experience with building physical projects. But soon, he became process-oriented. “It was an empowering experience and it also taught me a process for building stuff: you learn, you iterate with low fidelity stuff, then you move into higher fidelity stuff.” This approach, he said, is “the same thing as the user-center design process: you learn with people, have some guesses as to what might work, test them with the people again, and then refine until you have a very polished, finished design.”

“Building stuff” is exactly what defines our work at Continuum, where, said Winter, “You’re trying things out before you’re an expert.” We do it all, from extremely low fidelity models to full-scale prototypes and user reviews. In order to redesign the Holiday Inn’s Social Hub, for example, we turned our concepts into full-scale foam core prototypes. By inviting users to test the flow and appeal of our concepts, we could incorporate real-time feedback into our work.

“The push nationally/internationally is toward near-term jobs, workforce development, good workers. This misses the other two big purposes of education: good citizens and good people.”—Jon Stolk

The best innovation requires collaboration between the best people, who we think can (and should) cross multiple disciplines. A typical project at Olin has multiple teammates with a variety of backgrounds and experiences. During their senior year, students complete a capstone program: a year-long program in which students work in multi-disciplinary teams for real clients. Winter was the project manager to four other seniors, all working for Boston Scientific. At Olin, “It’s expected that you ask for help from other students,” said Winter.

At Continuum, Kirschner’s work has taken him far outside of the engineer’s typical silo. Even during his very first strategy initiative, he was “on the project from start to finish,” he said. He was allowed to see the work in a holistic way, and not just from an engineering perspective.

So… Is This the Future?

While Olin may have had the advantage of starting fresh, and while most institutions are rooted in a longer history, there’s something to be said for starting from scratch. When you consider the essence of Olin, you find students who are learners, do-ers, and collaborative workers. “Olin is a great incubator and there are many lessons in engineering education that can be brought to other institutions,” said Winter. “It would be interesting to see how [the Olin model] can scale to the larger universities, while continuing to be Olin itself.”

Beyond a future educational model, Olin is also a practicing ground for well-rounded, human-design focused innovators. “A lot of jobs are better served by having people who are a jack of all trades,” said Kirschner. When it comes to Olin, Kirschner feels he made the right choice—especially in preparing him for a future at Continuum. “Coming here, I had already consulted for real businesses, I had already built electrical, mechanical and software things that worked. I already knew I could do it.”