A spirited conversation with the director of "Citizen Jane."
Continuum 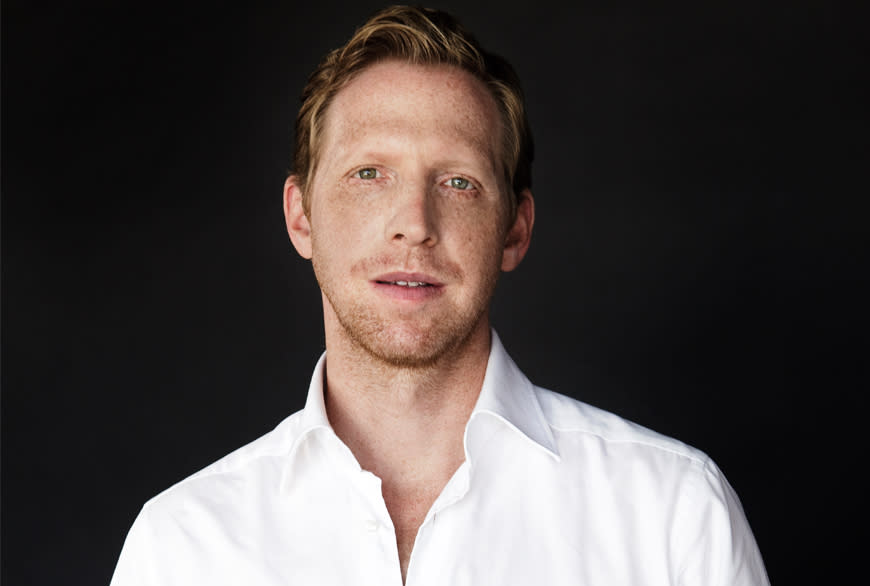 Have you seen Citizen Jane: Battle for the City? If not, you should. It’s likely the most dramatic documentary film ever made about, um, city planning. Citizen Jane tells the story of how Jane Jacobs, author of the 1961 classic, The Death and Life of the Great American Cities, waged war—in words, on the street, in public hearings—against the grand vizier of 20th century planners, the infamous power broker named Robert Moses. If you care about urban environments, human-centered design, democratic ideas and policy, Manhattan transportation issues, and/or Marisa Tomei and Vincent D’Onofrio (more on this later!), this is a film for you. It was certainly a film for me. The doc raised a number of questions, and producer and director Matt Tyrnauer was generous enough to answer them, over the phone, on a crisp October afternoon.

First: Why Jane Jacobs? After all, she was no Valentino. She was an author, activist, mother, and wife who, in the middle of last century lived in New York’s Greenwich Village. Why make a feature-length documentary on her?

City planning, Tyrnauer admits, “is not an appealing topic on its face”—but that there was something really winning in Jacobs’ persona. “She is a great character in her mode of discovery.” He adds that she was “sort of a city sleuth. She figures out what cities are by using old-fashioned shoe leather and gathering clues.”

But that wasn’t all. Our urban detective had, according to Tyrnauer, “an arch rival who is an extraordinary anti-hero.” No exaggeration here. Robert Moses, who began his career as a progressive planner, in the end bore little relationship to the biblical Moses. His ruthless leadership was completely top-down, and he wasn’t terribly concerned with what citizens thought of his work:

I realized that in the process of rebuilding south of Washington Square, there would be cries of anguish from those who are honestly convinced the Sistine Madonna was painted in the basement of one of the old buildings, and that anyone who lays hands on the sacred landmarks will be executed if he has not already been struck down by a bolt from heaven.

Contrast this with Jacobs’ populist righteousness: “I think it's wicked, in a way, to be a victim,” she says in the film, adding: “You can't, as an individual, you can't do anything, but you can organize. If you are being victimized by an expressway that a bureaucracy is putting through for the benefit of the automobile people, then you fight that, you refuse to be a victim of that.”

Jacobs was, in many ways, the antithesis of a martyr. Regarding the composition of her classic book, which Tyrnauer says caused her great suffering, he says: “There’s no point in making her into Jane of Arc.”

It’s clear that these two were destined to square off, but, unless you know backstory beforehand, you’re in for a surprise. In a wonderfully honest moment, Tyrnauer says: “Maybe we benefitted from the low expectations people had” around the notion of cinematic city planning.

Another element Tyrnauer had going for him: a producing partner named Robert Hammond. Before this film, Hammond was known as the man behind New York’s famed High Line park. “We hatched the idea of the film together,” he says of his friend and co-producer, Hammond. “We were both readers and admires of The Death and Life of Great American Cities. We were just talking about how much we liked the book. Brainstorming about cities over coffee.”

Hammond possessed “all sorts of expertise as someone who has worked in the real world, doing significant city project in the most famous city in the world,” says Tyrnauer. “He also knew a lot of the current urban planning establishment.”

The establishment Jacobs faced, on the other hand, was another beast entirely. “At one of the hearings, where Moses was foolish enough to say that nobody is against this except a bunch of mothers!” says Jason Epstein, her editor, in Citizen Jane. “How could he be so tactless? Only if you think people don't matter at all, could you make a statement like that!” No matter. The resistance seemed to strengthen her. She eventually convinced the city of New York to side against Moses, who was pretty much undefeated until she came along, to not build an expressway through her beloved Greenwich Village neighborhood.

On film, architectural critic Paul Goldberger says: “Jane Jacobs is one of the very first people to say the car is not supreme. The people who walk on the sidewalk are what makes the city.” In our conversation, Tyrnauer reminds me that Jacobs successfully predicted the downfall of Detroit, that single-industry city that used to be called Motown.

“Surprising to me how much of her theorizing and how many of her conclusions form the period resonate today,” he says. Tyrnauer continues by saying that Jacobs was prophetic, and correct, in her stance against automobiles—and that extends until today. “A lot of people that are involved in re-planning cities, for a more intelligent use of cities for automobiles and pedestrians, are Jacobs acolytes.”

The scope of the Jane Jacobs story is a sprawling historical tale, and it’s to the director’s credit that he was able to trim the narrative to 90 minutes. “We had great editors and they, you know, helped me wrestle it down. There were many times I thought: ‘You know, this is five parts.’”

Two of the key parts of Citizen Jane, in fact, occur off-screen: the voiceover work of Oscar-winning Marisa Tomei, as Jacobs, and that of Emmy-nominated Vincent D’Onofrio, as Moses. “Marissa was brilliant, and she came to me because she is a long-time admirer of Jane,” says Tyrnauer. “Just a perfect natural choice and hit it out of the park.” As for D’Onofrio: “He got it in about one second. He’s good at playing the heavy but he got it.”

So how did Jane Jacobs pull it off? Not just thwarting the automobile or standing up to Moses, and a whole slew of sexist critics, or even carrying a whole film. “Part of the secret of Jacobs is that she was usually the smartest person in the room. She was not afraid to be outspoken.”

And maybe that’s the lesson Jacobs has for us. Courageous public intelligence, in the face of adversity, wins the day. Be brave and smart in public and you too can build the world you wish to inhabit.