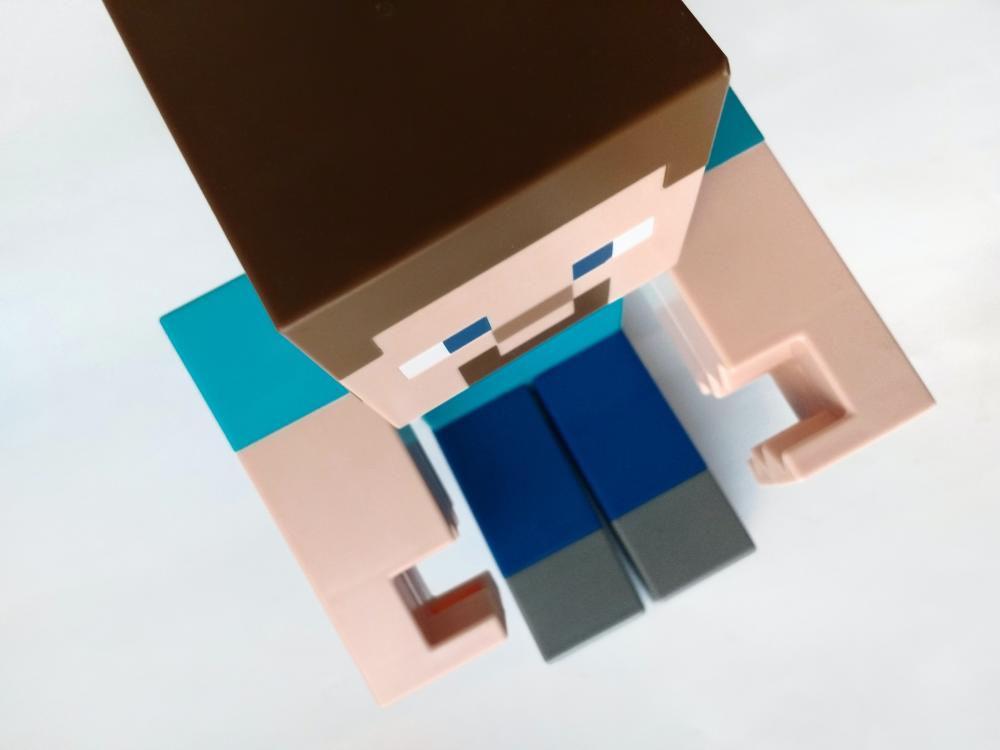 Earlier this summer, Minecraft announced a dramatic ban on NFTs, saying that “integrations of NFTs with Minecraft are generally not something we will support or allow.” To help understand the implications of this decision to exclude outside digital assets (like worlds and skins), we mined the insights of our experts: Ward De Kruiff, our Head of Web3 & Metaverse Practice, EMEA, and Dr. Alexandra Diening, Head of Research & Insights for EMEA. Their conversation parses the decision and addresses its impact on markets, the future of the metaverse, and our clients.

What's your perspective on Minecraft and their rationale for banning NFTs (non-fungible tokens) and blockchain?

On the one hand, Minecraft claims that it’s trying to protect its community and its ecosystem. That’s a good thing—precisely because it takes years to build a healthy, safe, virtual social ecosystem like Minecraft's. We've seen what happens when social ecosystems are not built responsibly. With some social media platforms, for instance, you can see how negative, toxic, and even life-threatening such a virtual ecosystem can become.

Minecraft expressed concerns that NFT and blockchain technology might divide their audience into haves and have-nots and that the speculative pricing and investment mentality around NFTs might take the focus away from playing the game and encourage profiteering.

So, taking measures to protect Minecraft players and ensuring they have a safe and inclusive experience is by many, naturally, perceived as a very positive thing—especially given its popularity among children and families.

But when we look at it from the second angle, there are already haves and have-nots in Minecraft. Minecraft has a solid marketplace with its own fine-tuned monetization system. Minecoin is an in-game used to purchase skins and digital assets for game characters. (Minecraft, let us note, generated $380 million in revenue in 2021.) So, Minecraft is claiming to protect people from something already happening in the game.

NFTs and blockchain provide players with an element of unique ownership that Minecraft doesn't offer. Right now, if Minecraft sells you a skin, you buy just a license to use it, and if they ban you from the game because, let's say, you violate certain conditions, all the possessions you've purchased on Minecraft evaporate. But if you buy a skin as an NFT, that digital asset will always remain yours. NFTs are not just about exclusivity. They don't need to be limited editions. The idea of an NFT is that it's yours, and that is not the case with Minecraft’s current marketplace. (Note: We’re not just talking about a marketplace selling to players but also players creating and selling their assets among themselves.)

Some people contend that Minecraft is not protecting anyone, and actually suggest that they’re sabotaging the innovation ecosystem within the NFT and blockchain domain and going against the freedom of players truly owning their digital assets. They say Minecraft is protecting itself against blockchain disruptions and safeguarding its bottom line.

I think there is truth in both views, but Minecraft chose to focus on the ethical side in their corporate communication, which resonated well with many people.

Minecraft said that NFTs and blockchain don't support Minecraft's values of creative inclusion and playing together. On the other hand, look at Ubisoft and Epic Games, they clearly intend to allow the player-owned and operated economy to flourish among creators, developers, and gamers.

I don't think that there's a right or wrong here. You have to respect each business decision and the rationale behind it.

It's important to note that Minecraft also communicated that they are still going to monitor everything that happens in this space. They didn't shut the door completely. It's fair to say that Minecraft players are already part of monetized practices for engaging content. You could debate whether or not we're heading into an open-source world of different metaverse environments, gaming platforms evolving into M Worlds, as we like to call them.

I'm curious to see whether the ban will bite them because now there's a movement that says, "We're going to develop our own Minecraft!" Well, that's a point on the horizon that might be far away.

So the critical question around Minecraft is: Do you want to limit your players who aspire to be creators to succeed in the secondary marketplace? Or will they be part of your closed-loop digital ecosystem?

So: What was the impact on NFTs and blockchain?

Well, this "Minecraft is playing a parental figure, watching over their children" message sent a shockwave into the NFT and the blockchain community. The announcement that they will not be supporting NFTs cost many companies, such as NFT Land and Gridcraft, millions of dollars in investments.

But subsequently, the negative financial impact reinforced the whole NFT and blockchain movement. I remember someone tweeting something like: Remember what happened when people banned books? It rendered them even more attractive.

So it’s a significant step back for those companies building their ecosystems on this game they don't own. But from a behavioral perspective, it might make the whole movement even stronger in the long haul.

All the other large gaming platforms allow creators and developers to build on their backbone of decades of open-source development.

Because of Minecraft's ban, NFTs will be tremendously impacted. They diluted enormously.

This raises a question for the other large gaming platforms: Will you ultimately support interoperability? Interoperability will enable people to take their digital avatar to play Minecraft, to play Fortnite, to go onto any gaming platform with their unique wearable skin.

I believe it should be up to the user, and not the front-door stores and operating systems makers, to decide whether people who want to get creative with their avatars, wearables, and skins can do so.

Would you then speculate that by eliminating NFTs, Minecraft is sabotaging itself in the long run? Or is Minecraft too big to fail, too strong to fail?

Yeah. I think Minecraft has sold 238 million copies if my research is correct. They're the most successful gaming platform out there, right? So I believe they are in a solid place.

Then again, if alternatives are being developed with a similar look and feel but that offer better experiences, Minecraft might feel the heat of a disruptive entrance into the gaming industry.

Are your clients aware of the ban? Are they concerned?

No, I wouldn't say so on my end. But that's because it's still early days when it comes to the metaverse.

This is mainly around play-to-earn (P2E NFT games allow players to own their assets), and it is in a start-up phase. So it's still too early to be a real threat or competitor to the likes of Minecraft.

We're talking about metaverse standards as a whole. Currently, people are developing visions that are not necessarily aligned with the competition. The gaming platform or the operating system makers need to have a standard, aligned perspective on where we allow for blockchain digital currencies in game content. There should preferably be an industry decision.

For now, with my customers, I don't see a change.

As we discussed in our recent podcast, this is one of the most extensive social experiments ever run. So as in every experimentation process, it's just expected that there will be trials and errors and setbacks, and that's why clients will be turning to us, even more—to get our guidance in orchestrating their own experiments. More and more, clients need access to experts who feel comfortable not just with the knowledge of the metaverse, blockchain, and NFTs—from the technology, business, and behavioral (cyberpsychology) perspective—but also who are okay with the uncertainty they bring and know how to navigate through that. The situation with Minecraft and NFTs: It's just one of the many things happening.

And what's also good about this situation is the discussion it unlocks. Last week, Sony PlayStation announced that they're going to do a survey of their players about the NFTs that most interest them.

That's important. Ultimately, it's about the place NFTs will take in the entertainment sector, and they still need to find their proper place within this space.

Digital wearables are one of the core economic drivers for brands, mostly fashion luxury retail. But you don't necessarily have to put a smart contract against skin or a wearable. Ralph Lauren did great on Roblox with their winter collection of skins. It was a terrific initiative. I think creators should go all out on creating wearables they can showcase on TikTok or Snapchat. Yes, you can add an NFT to it, but there's not always a necessity.

The value, experience, and fun elements of NFTs related to skins or wearables go beyond discrete gaming ecosystems. I think gaming platforms and brands should embrace this.

And to look at it from a behavioral angle, the entire world is going through a digital collective transformation. We are evolving into a decentralized ecosystem of cryptocurrency, blockchain, and metaverse-based communities that brings people together in contemporary ways.

The beauty of blockchain initiatives is that they are founded upon egalitarian principles that warrant no single individual or corporation can take complete control. It's about the power of communities. No company will be able to survive and thrive long-term without them and without empowering them, and certainly not by locking them in one non-interoperable controlled ecosystem.

The trend is to ask their communities, as Sony PlayStation just did, to vote, allowing them to decide what the next step or collaboration should be instead of leaving the decisions to authorities in suits.

All companies should embrace this to ensure they are maximizing their reach and continuing to drive their community engagement.

The future is about interconnectedness and symbiosis. It's about empowering people while embracing core principles of authenticity, transparency, and creativity.

Minecraft can play it safe and protect itself against disruption for a short time, but disruption is where things are headed. It's much more potent than one company. Minecraft as a company is wise enough to know this—and will likely jump on the bandwagon sooner or later.

Image by Nina PhotoLab on Unsplash