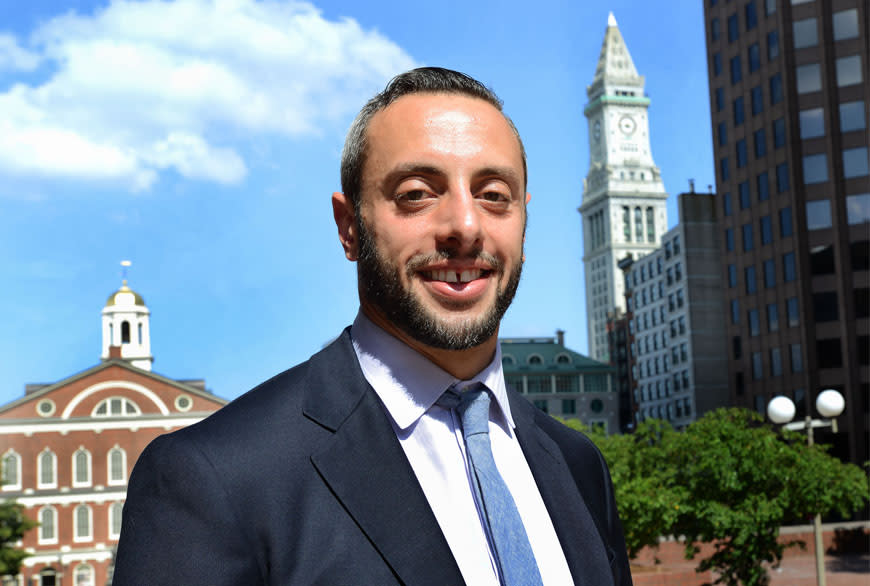 Jascha Franklin-Hodge, Boston’s well-known and respected Chief Information Officer—and the co-founder of Blue State Digital—is about to leave his post. As he ends his tenure as Beantown’s CIO, we present this sparkling dialogue, recorded last spring in our studio with Toby Bottorf, our VP of Service and Experience Design. It’s an earnest, intelligent conversation, often punctuated with laughter. Together Franklin-Hodge and Bottorf range all over the intellectual landscape: smart cities, transportation, data, Net Neutrality, Barak Obama, Teddy Roosevelt, privacy, ethics, and Parks and Recreation. Consider this episode a farewell salute to a terrific digital civil servant, who says:

• “I’m always a little allergic to the term ‘smart cities,’ which kinda comes in and out of vogue but often ends up being shorthand for what, I think, is a sort of thoughtless and industry-driven application of technology to things that don’t have technology applied to them.”

• “You sort of end up sometimes running the risk that you’re up building the sort of Juicero of cities. ‘Let’s take a thing a put a computer on it because we can!’”

• “If you put 40 cameras at an intersection—yes, it’s for safety, but how do we make sure we’re doing that in a way that’s responsible and that respects the privacy needs and wishes of the people who travel through there?

• “If predictions are right—that autonomous vehicles become a real thing in the next five to ten years—the fundamental ways in which we get around, the ways we use land, the way we think about things like parking, the way we design intersections, the way we design buildings, that are kind of the interface layer between vehicles and people that live in those buildings: all that’s gonna have to change. And anybody that tells you that have that all figured out is lying.”

• “If you don’t stop and have that conversation and ask those questions [about privacy and ethics], you tend to default to just: collect everything. Save everything. Put everything in a central repository somewhere. And I think that is the basis for a lot of this kind of unintended surveillance and, frankly, a lot of security and privacy risk that we haven’t quite wrapped our heads around.”

• “So this idea that, just because you work for a city that it’s OK to build a terrible UI and then be: ‘Oh, we can just send people to training and they’ll be able to figure it out!’ What is the cost of that? If that person starts their day dreading the six clicks they’re gonna have to do every single time they do a task, they’re not gonna be in the right mood. They won’t really have the time to deliver to people.”

• “There’s no right answer when it comes to privacy. It’s a balance. It’s a conversation. It’s always evolving as technology evolves.”