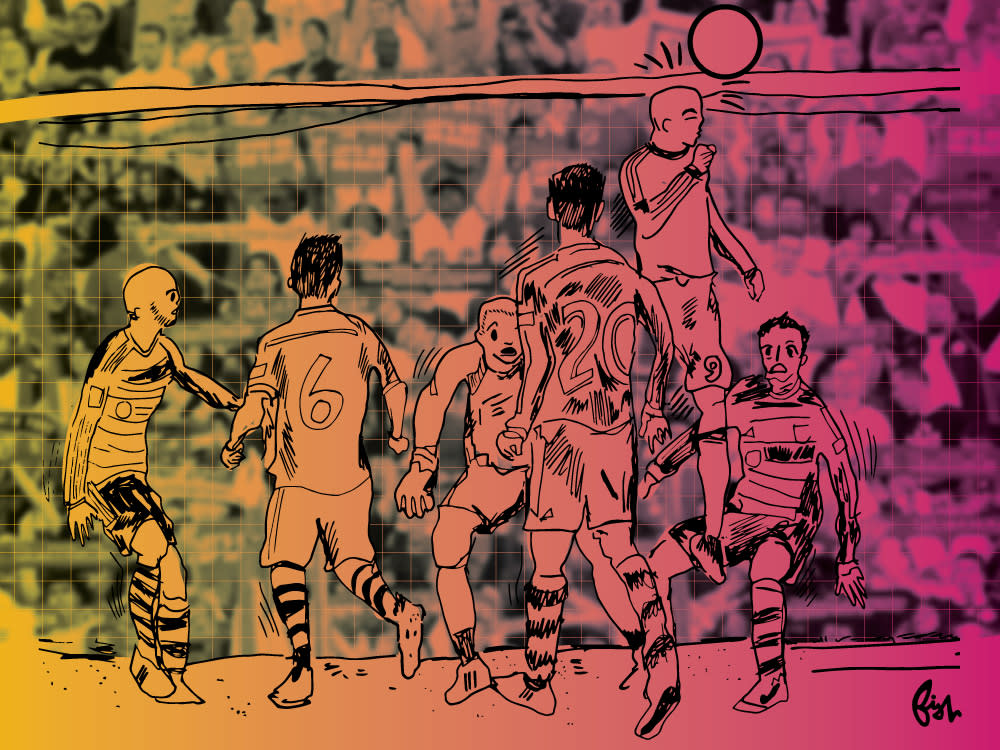 My name is Chris Michaud, I’m an American, and I love soccer. I love to play it, coach it, and watch it (I was one of the 25.4 million fans who were psyched to watch women’s national team win yet another World Cup title!). Yet, even while soccer is the second-most popular sports for kids in America, it hasn’t cracked the sports-obsessed psyche of the typical ESPN-loving, beer-drinking sports consumer. Nope, Americans have their big four sports—football, baseball, basketball, and hockey—and those win the majority of our attention.

So, what’s really holding back soccer in the U.S., and more importantly, what should the Major League Soccer do about it?

Fortunately, I’m not only a soccer fanatic; I also work at Continuum, the global innovation design consultancy. At Continuum, we take a human-centered approach to creating new customer experiences that solve business problems. The MLS has some challenging business problems that can be solved by redesigning the CX in a way that works for the American sports fan (a very particular creature) and for the MLS. If we do so, we can start to identify opportunities that the MLS can put into play almost immediately…

PROBLEM: Soccer was not created here. The rebellious nature of our founders still influences our preferences today. For the most part, we drink coffee, not tea. We drive on the right side of the road. And we (I say “we” out of politeness) love football, not soccer. The fact that soccer was not created here does influence our emotional relationship with the game—and we’re not the best at it. Not even close. Americans hate not being the best.

OPPORTUNITY: Make soccer our own. Changing the sport’s name wasn’t enough. We need to find ways to make the game better. To make it our own. For example, let’s get flopping out of the game. Institute instant replay for when there’s concern over a flop and if there is, it’s an instant red card to the offender. We’re Americans: We like it when teams win on merit and effort, not on trickery or acting. (And we love seeing cheaters get caught, as evidenced by the media storm that explodes any time there’s an incident in the NFL.) If America eradicated flopping, we’d be doing the world a great service by removing an ugly part of a beautiful game. Sort of like what we’re doing with Sepp Blatter and the corruption of FIFA…

PROBLEM: The action never stops. Although the typical anti-soccer American will tell you that the sport lacks action, I think the real problem is that the action never stops. Americans dig their time outs, seventh-inning stretches, and so on. The breaks give them a chance to grab a beer, snatch a nacho, and/or click onto Facebook. Breaks help Americans enjoy the game. Even more importantly, they’re a key enabler of the financial system that drives professional sports.

OPPORTUNITY: Embrace capitalism. What if the MLS built in three TV time outs per half? I know, I know, this is crazy talk for someone who loves the game. It’s not how soccer is meant to be played. But if I’m running the MLS, I want to make it successful, which means it needs the financial backing required to build the sport in the U.S., and TV rights are a tremendous part of the business model. TV needs commercials. (Plus the American viewer can then use the bathroom without missing the action.)

PROBLEM: Empty stadiums = less energy, less community. Being a sports fan means you’re part of a tribe. A community. But it’s less fun when your community is small. Empty stadiums lack energy, and the sport suffers from it. The MLS needs more fans so there’s more community around the game, more joy in rooting for the home team, and an energy-filled experience of full stadiums with chanting fans.

OPPORTUNITY: Continue to grow your fan base. The essential word is “grow.” Literally. The kids of Generation Z are the ones who can make soccer a major sport. The MLS already gets this, but what else can they do to grow soccer fans? The MLS needs to get creative in its efforts. Imagine if they moved into the school fundraising space. I mean: Why are kids trying to sell candles to raise money for their schools? Kids don’t love candles. (And I don’t need another stinking candle, do you?) But many younger kids are crazy for soccer. Can you imagine how much more effective a fundraising effort would be with kids selling something they love? With every front porch pitch they give about the joy of going to a MLS game, the more their memories and/or imagination of going to a game gets reinforced. And on those nights when that community goes to a game together, the love of soccer grows as they take in an enjoyable, affordable soccer game with their family. Their town. Their tribe. All while part of those funds go to the school. A true win-win.

PROBLEM: Short attention spans. In an era when we often gulp down entertainment in bite-sized morsels, asking fans to plug into the MLS for a nine-month season is asking too much. The sport doesn’t yet have enough gravity to hold our attention over such a long period.

OPPORTUNITY: Shorten the season. The solution here seems easy: shorten the season. Or perhaps, play two seasons per year. Regardless of the exact format, the idea is to condense the competition, which if done right will increase the intensity of the season and allow more Americans to follow a season from start to finish.

Okay, so these are only a few, passion-fueled ideas that came to me after getting so pumped by the U.S. women’s national team victory. I’m sure there are other vital areas that are keeping Don Garber, the Commissioner of MLS, up at night. But I want to see soccer take its rightful place in the pantheon of major American sports, and I think taking a consumer-centric approach is key if the MLS is to earn its promotion to the big leagues.