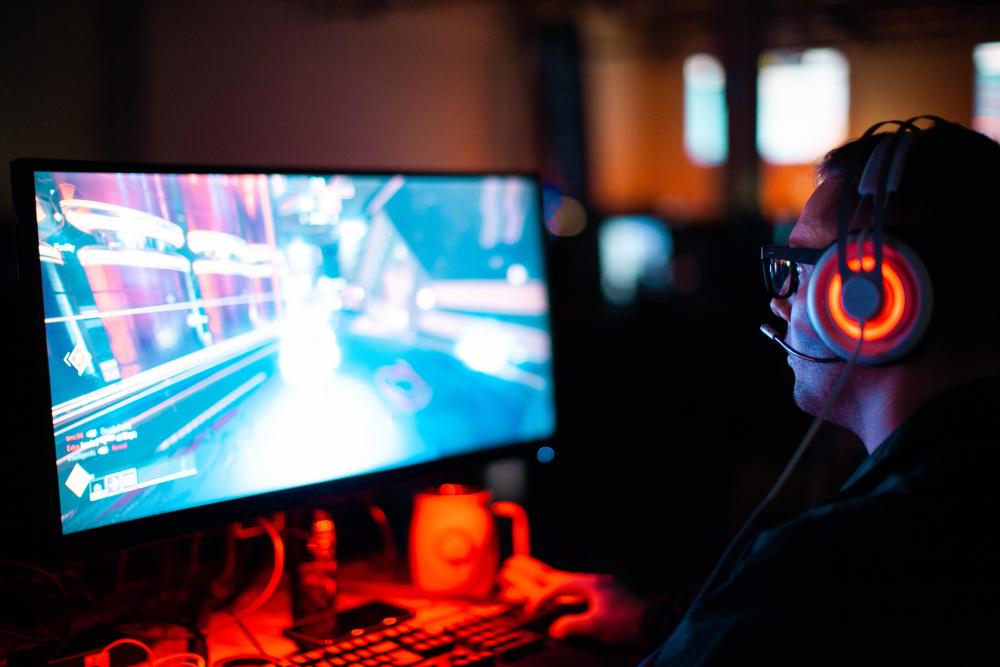 The training is rigorous. The hours are long. The games are stressful and complex. In the heat of the moment, decisions that are made in an instant can mean success or not. Teamwork is critical.

I’m talking about massive multiplayer online games (MMOs). They are like any other sport… except they are played online—with teams that may never have met each other in person.

Pondering how to best support the teams I work with over these past months of lockdown, I’ve become fascinated with MMOs and how they shape effective team collaboration. What, I’ve thought, can we learn from MMOs—the people, the communities that form around them, and their online team building—that we can import into our COVID-19 reality, where all our teams are all suddenly working remotely?

Trust Is the Name of the Game

It’s been long known that innovative thinking emerges from chance, in-person office encounters. As Dennis Miloseski, Co-Founder at Palm, points out, free-flowing discussion happens more fluently in face-to-face environments, whereas video conferences are more likely to result in mere status updates rather than new ideas. He rightly raises concerns that working from home is not the same as business-as-usual, and treating it as such is risky. How do we manage for these hitherto unknown team conditions?

Trust is the foundation of innovation. Innovators need to feel safe to take risks and try things out, and think beyond the everyday. Part of the value of face-to-face work stems from how easy it is to build team trust. This level of trust releases oxytocin in individual team members, which encourages the empathetic debate and collaborative decision-making that is fundamental to innovation.

While we can bank on our shared memories of time spent together for a while, building this trust is demonstrably harder in remote teams who have never met in person. The lack of shared physical space means that many social, emotional, and cultural cues are absent, amplifying misunderstanding and misinterpretation. This becomes even more challenging when working across disciplines. Add to this the fact that we are living in uncertain times and that stress is another oxytocin dampener. Video calls are a poor substitute for in-person interaction. While necessary in the current situation, virtual conversations are often stilted, awkward affairs with pauses, gaps and the competitive confusion of people rushing to get their thoughts out on top of each other.

“There’s definitely a lot we can learn from MMOs about how teams and cultures are formed."

MMOs, it turns out, offer many possibilities for fostering a culture of trust in our remote teams. As EPAM consultant and MMO player Carroll Gau says: “There’s definitely a lot we can learn from MMOs about how teams and cultures are formed. And also how they deal with solving problems, setting expectations and decentralizing. It is eerily similar to real life.”

Games have traditionally been an in-person social activity. It’s only with the development of computer-based digital games that the perception of a gamer as an anti-social loner who spends hours in their parent’s basement glued to a screen emerged. This stereotype is a deeply inaccurate picture of the MMO player. These highly social gamers spend long periods of time actively playing with their digital teammates, building deep social bonds, the kind that allow for the competitive collaboration needed for complex strategic game play that can take months to finish.

It starts with players joining a game team. In some games this happens through posting a request on game boards, or social media. Other games automatically allocate new players to a team. Sometimes a team interview takes place, and sometimes team members try out for a period of time before gaining a permanent position to ensure a good fit.

Importantly, outside of professional level-teams, players’ commitment comes from the fact that they enjoy the game. This also means that their participation in a team is more tenuous, and they are more likely to leave teams that do not suit them. Team leadership plays an important part in keeping things on track and balanced. For example, cliques of players sometimes form. This can result in some team members feeling left out, which is ultimately bad for team dynamics and is discouraged.

Team leadership plays an important part in keeping things on track and balanced.

MMO teams use multi-modal forms of communication across different chat and voice channels. While in-game communication is focused and structured, outside of game play players range freely in topics of discussion. This kind of communication is encouraged and helps build rapport among the players. While we are working from home, rather than being frowned upon chat should be actively encouraged as it helps develop connection and commitment within remote teams.

Speaking the Language of Peace

“There are a lot of moving parts,” Gau says about MMOs. “You go into a raid not knowing about the fight. You have to discover what works for this particular piece of content. You have people watching what is happening. A lot of it is coordination and doing that while moving fast.”

The communication exchanges that build trust in these intense emergent moments is key. Teams have an understanding that only one person speaks at a time and have protocols in place to govern this. Gau describes a “self-check etiquette. You have to be respectful.” Team leaders will speak to team members who shout or dominate in-game comms and let them know such behavior is not OK.

Without the physical cues that come with in-person interactions, members of a team have to be especially vigilant to create an environment of respect, one that encourages open debate and discussion associated with innovative ideas. Stating rules of etiquette, such as using the “raise hand” function in video calls, can help to create such an environment.

Actively crafting a shared language is something remote teams can do to build the social equity that increases trust.

Mindful communication is foundational when you consider that people join MMO teams from all over the planet. Gau says that players can hail from “massively different backgrounds. So, knowing how to foster discussion, regardless of who you are talking to, is really important.” A key factor that drives this is understanding the team has a common goal.

“Even when everyone has different languages,” notes Gau. “It's the lexicon you build when you talk about the game [that matters]. You come up with terminology that everyone will understand. Because everyone is striving for the same goal, there is a camaraderie.” Within MMO teams, players continuously work together to build shared mental models. This, combined with a shared situational awareness built through communication in the heat of the game, is an important driver of MMO success. Importantly, this is very similar to the kinds of onsite team dynamics that are the marker of successful team innovation. Actively crafting a shared language is something remote teams can do to build the social equity that increases trust.

Just as in the world of work, leadership style influences both the success of teams and the likelihood of team member retention. Studies have shown that MMO leaders that celebrate the incremental small successes that lead up to a big win, rather than focusing on the big win alone, have teams that stay in an effective game-play flow state for longer periods of time.

Recognizing and acknowledging success is important, not only in the moment, but also as a way of bringing teams together to build culture. Large townhall meetings are held offline to celebrate successes and set goals for the future. Some of these meetings can have thousands of people listening in. Other team leaders send out newsletters celebrating wins and welcoming new players to the team.

Making shared time to celebrate the achievements of the team as a whole, and to recognize the contributions of different members, needs to be a conscious effort.

As MMO leaders show, in our current normal of working remotely, there is a lot that organizational leaders can do to bring teams together and reinforce common goals. Making shared time to celebrate the achievements of the team as a whole, and to recognize the contributions of different members, needs to be a conscious effort.

In MMOs, things are not always perfect, of course. There are those players who feel free to behave inappropriately, given the anonymity that comes with playing via an avatar. Sometimes people depart to form their own teams, leaving gaps in their former team. Teams get stuck on the same content for long periods of time and morale can get low. Good leadership during these times is really important, watching team dynamics to prevent problems is ongoing.

This is where collaborative and coaching skills become most valuable. When playing a new piece of content, the team effectively goes in blind. Even if there are strategies published for the particular piece of game play, they may not work for all teams. There is a process of discovery and problem solving, trying out new ideas and finding solutions. At such times leaders also have to be good listeners. Solving these in-game challenges takes a team. Gau says: “You have motivation and coaching, saying ‘Let’s try this and that.’ Discussing what is working and isn’t working. It takes coming together as a team. Everyone has to pull their weight.”

The Point Is the People

It is not just the in-game play that builds trust. Having fun together is also part of it, just as a business team might go out for drinks or do an escape room together. Teams will often do things within the game world that are not part of the rules, just for fun – activities that are not about moving the game forward but allow the team release from the stress of trying to complete something challenging. Gau recounted an anecdote of the team actively trying to die within the game, rather than complete an area of particularly difficult content. These moments become part of the shared history of the team, the stories and inside jokes that are recounted.

Finding ways to have fun together online can really help build these healthy team dynamics. Making time to talk about life outside of work, playing online games together or having team happy hours are some ways that teams can let off steam and come together to have fun.

MMOs show how building trust in remote teams is not only possible but also allows for creative problem solving.

MMOs are complex and high pressured, and involve knowledge-sharing, collaboration, and action under stressful conditions. Such conditions can cause even the most effective teams to stumble. MMOs show how building trust in remote teams—by making sure everyone feels included, communicating effectively, celebrating victories, being mindful of team dynamics—is not only possible but also allows for creative problem solving.

When Gau returned to the US after working in Beijing for a number of years, he found ways to still play with his team in spite of the time zone difference. “It was because of the people,” he says. “It was not because I wanted to play the game, I wanted to be around them. That bond is the special thing.”

Image by Sean Do on Unsplash