Everyone, or Nearly Everyone, Has the Wrong Idea About Vocational Education
Continuum 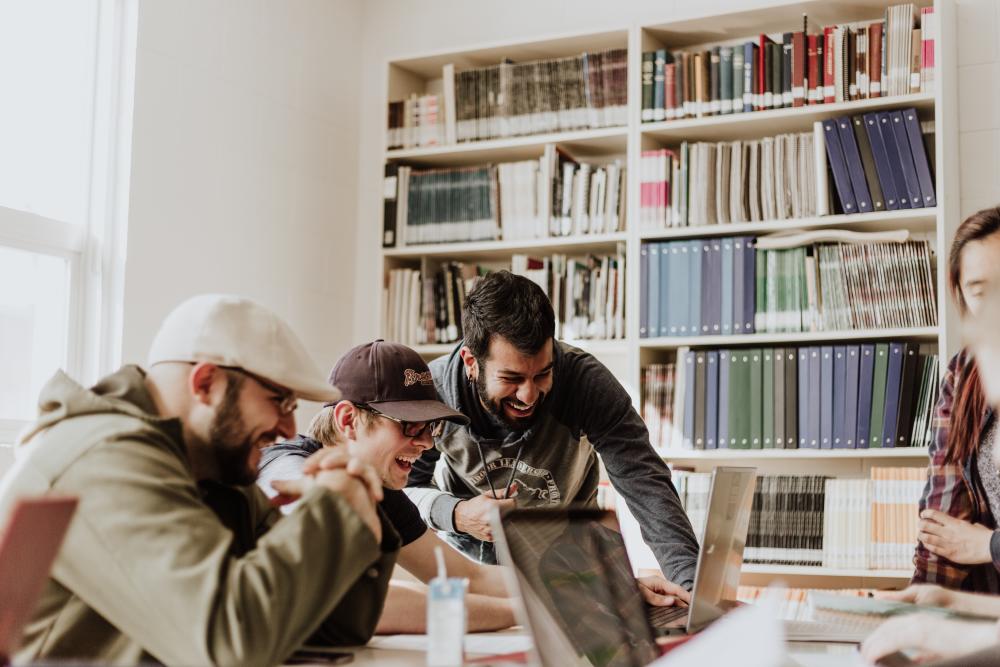 Sigmund Freud knew what he was talking about when he talked about work. “Professional activity is a source of special satisfaction if it is a freely chosen one,” he wrote in Civilization and Its Discontents, explaining that a freely chosen profession “makes possible the use of existing inclinations, of persisting or constitutionally reinforced instinctual impulses.”

In fact, when you select the correct profession, it’s not just work—it’s a vocation. Traditionally, the term “vocation” was understood as a religious calling. Those called by God to do God’s work were engaged in vocational activities. In our own time, a secular meaning has grown over the original theological concept. In the United States, which still put an emphasis on the “pursuit of happiness,” one’s vocation can be issued by one’s true passions and affinities. Merriam-Webster says that a vocation can be either “a strong desire to spend your life doing a certain kind of work (such as religious work),” or “the work that a person does or should be doing.”

One of the best expressions of modern vocation comes from George Orwell, who wrote: “From an early age, perhaps the age of five or six, I knew that when I grew up I should be a writer. Between the ages of about seventeen and twenty-four I tried to abandon the idea, but I did so with the consciousness that I was outraging my true nature and that sooner or later I should have to settle down and write books.” And while we’re not all destined to be famed authors like Orwell, we are all destined to pick some kind of work.

At the High School Redesign project, of which Continuum is a partner, we speak often about education and future careers, but don’t talk about bringing vocational education to everyone in the Boston Public School system. Additionally, the fact that we’ve been using Madison Park Vocational High School as our base of operations and learning lab has been a challenge for some, who see vocational education as something apart from their idea of education. Why? Ted Dintersmith and Tony Wagner, in their book Most Likely to Succeed, point to a reason: “Vocational education, in the eyes of many middle- and upper-class parents, is one step removed from juvenile delinquency.”

Vocational education, in the eyes of many middle- and upper-class parents, is one step removed from juvenile delinquency.

This is a problem. In the minds of many, the negative perceptions around “vocational education” create an unhelpful separation, between work and life, between learning and life. The fact is, those people who have vocations are those whose learning is integrated into their jobs. Integration is the key. Those who understand, early on, the correlation between picking work one loves, and regularly training for and learning about it, are those who best realize their own American dreams. Vocational discord comes to those who see work as something external, something unconnected to a lifetime of self-education. Or those who passively accept whatever job they are fall into.

A great way to look at learning-life integration is found in Seymour Papert’s term “hard fun.” The noted MIT professor says that “These rapidly changing times challenge educators to find areas of work that are hard in the right way: they must connect with the kids and also with the areas of knowledge, skills and (don’t let us forget) ethic adults will need for the future world.”

Interestingly, there’s a lot of hard fun happening at Madison Park. Many of the students we speak with say that they love—and they use this very term—their vocational education. The kids who work on cars, or who do graphic design and TV production, or who walk around the school making repairs and installing whiteboards as the facilities management students do, are psyched to do what they do. The trick, for Madison Park, is matching that love of vocation with academics.

The thing to keep in mind: one doesn’t necessarily inherit a life of hard fun. Indeed, most of the time it has to be discovered or created. People who have jobs that are tailored to their “existing inclinations” are those who have successfully figured out what their own passions are, developed the skills necessary to earn a living, and connected with industries and employers that need people like them.

The thing to keep in mind: one doesn’t necessarily inherit a life of hard fun. Indeed, most of the time it has to be discovered or created.

Students at non-technical schools won’t necessarily have that focus or that feeling. But if they’re going to find their own proper vocations, we must expose them to the many professions that are out there. Internships, for example, are good but obvious places to start. As are shadowing or guest-speaker programs. One can imagine students producing an awesome-jobs podcast or making short films about people who do interesting things for living. And let’s not forget the value of making field trips to unusual work places. Continuum recently hosted the facilities management students, and everyone had a blast…

To this end, we need to encourage all kids to build dynamic, expansive learning networks based on their own interests, and to understand that this work is ongoing, but that if done properly, can lead to a satisfying, meaningful life. One that is, as Freud would say, freely chosen.