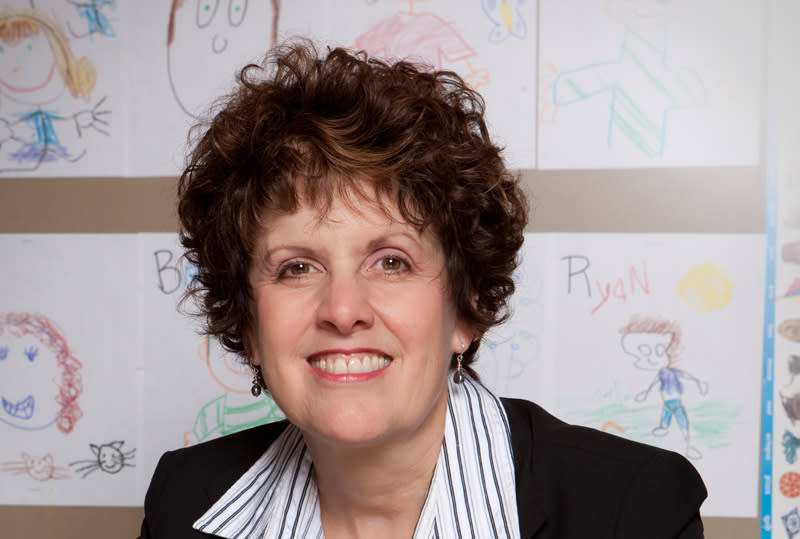 You know Boston Children’s Museum? The iconic red-and-white Hood milk bottle. Those awesome climbing nets. The vaunted Arthur and Friends exhibit. The power, as it says on their promotional materials and on their website, of play!

I frequented the museum, which nabbed the 2015 Children in Museums Award for Lifetime Achievement, a number of times when my kids were little, but it’s been a while since I’ve passed through their turnstiles. But now that Continuum has relocated to the Innovation District, I’m striding through a light rain to chat with Carole Charnow, the museum’s President and CEO.

I step into Charnow’s office and more-or-less blurt out the following: “How do you guys fit into the culture of the Innovation District?” As a newcomer to this part of the city, Continuum is curious to learn how local organizations partner with and learn from each other. We want to join the gang!

She then delivers a heaping spoonful of Boston Children’s Museum history. It is the second-oldest children’s museum in the world, and was founded 1913. Charnow says: “It always was an innovator,” adding that Michael Spock, the museum’s former director—and the son of the terrestrial Dr. Spock—was the first one in the world to take down all the do-not-touch signs. That was the “shot heard around the world,” after which children’s museums became obsessed with being experiential.

This change “turned the whole apple cart upside down,” she says. “Innovation has always been in the core DNA of this museum.”

One happily imagines the DNA spreading out, blob-like, into the street and merging with the local culture.

“I like to think that they created the name Innovation District because of us,” Charnow says with a gust of chutzpah. “We moved [here] in 1979 when it was kind of the rough-and-tumble of Southie and put a stake in the ground, and sure enough, Boston soon followed suit.”

The museum’s website strongly stresses the idea of play, and cites Plato as a source: “You can discover more about a person in an hour of play than in a year of conversation.” I think of this while talking to Charnow, whose conversation is, despite Plato’s doubt, quite playful and revealing. I recall, too, how Tony Wagner locates innovation at the intersection of play, passion, and purpose, an address Continuum knows well. “We are obsessed with play,” says Charnow, adding that, back when she worked in the opera world (before joining the museum, she was general director and producer of Opera Boston): “We’re always going for the goose bump moment—a part of you that opens when that moment happens.”

“This moment of ecstasy,” she says with an emphatic clap, “in a funny way.”

It’s not always easy to locate those moments. Charnow is “relentlessly focused on the visitor.” On first arriving at Boston Children’s Museum, she was amazed at how little attention was paid to visitor experience. “When you produce a play or opera, and there’s no one in the audience, you go home.” So she very quickly decided to put a laser focus on her audience. They do a “ton of surveying,” and a monthly aggregation of Yelp and TripAdvisor data. Charnow’s people are carefully watching the Mommy blogs. She says: “When I’m in a group of adults, I ask, ‘What should we be doing? Where are we failing?’”

By focusing on the audience—and there were 495,000 visitors in 2015—Charnow hopes to create “play of the highest order. Passion is being ignited. Parents can bring kids to hear Boston Symphony players this close,” she says hitting my arm, “and passion is completely ignited. So their parents can see who this child is.”

Charnow, for all her play-talk and passion, is, as the chief executive of this non-profit museum, a fundraiser.

“My job is to hire really innovative people who know [about] play and learning and fun and I have to just give them money to spend,” she says.

She mentions Alexander Goldowsky, the museum’s Senior Vice President of Exhibits and Programs, as one such person. He devised the KEVA: Design, Build, Create program that plunked down 15,000 blocks in tubs and created “the most interactive space in the museum.” Why’s it great? It engages older kids and gets families working side-by-side, in a cost-efficient manner.

The question is: How does Charnow make herself playful? It can’t be an easy gig, being the person tasked with raising money for all this lively playing!

“Luckily, I have a relatively sunny nature. Whenever I think I’m getting too serious,” she says, and walks over to a corner of her office—and returns with a set of rabbit ears and a plastic yellow hard hat.

There is an important secret about the museum, and Charnow was generous enough to share it: “Children have no idea how nutritious this really is for them.”

“Children have no idea how nutritious this really is for them.”

The point is obvious: play is good for kids. Play instructs. Play is part of being a life-long learner and it's how one sets off on real intellectual adventures.

Charnow starts talking about how she screened a documentary called The Land, by Erin Davis, about an adventure playground in Wales. The kids have total freedom, and access to wood, nails, paint, water, and fire. (Yes, fire.) “Play workers prevent any hazardous things from happening,” she says. “They do allow free play where children can test themselves, fail, make mistakes, and recover.”

But how much free play does Charnow grant her employees? Part of the fun of her job is allowing them all to get in on the innovation, with the Napkin Proposals, which are, of course, napkin-shaped documents on which employees can submit ideas.

Says Charnow: “Anyone in the entire museum can pull a document and come up with ideas.”

How many of these actually get put into action?

“Eighty-two proposals and they are all in different stages of implantation,” she says.

Napkin Proposals include turning the museum’s Art Wing into a Maker Wing, creating a stroller parking section, and placing games in the lunchroom, for families munching on sandwiches. “We actually prototyped these games from scratch,” Charnow says. “We have our own design and production facility in Roxbury.”

I could talk all day with Charnow about prototyping—Continuum has an awesome new 10,000 square feet Made Real Lab at our new Boston office—but we don’t have all day to chat. I know that she’s got plenty of other stuff to attend to. Like all the calls she needs to make, the moment I leave, to get her board to 100% giving.

The truth is, innovation doesn’t pay for itself.

As Charnow says, nowadays museums don’t “go to the NSF and get a $7 million grant.” The trick, she says, is “being ingenious with the funds you already have. You gotta be philosophical. You can’t do it all at once.”