Can't We All Just Get Aloft?
Continuum 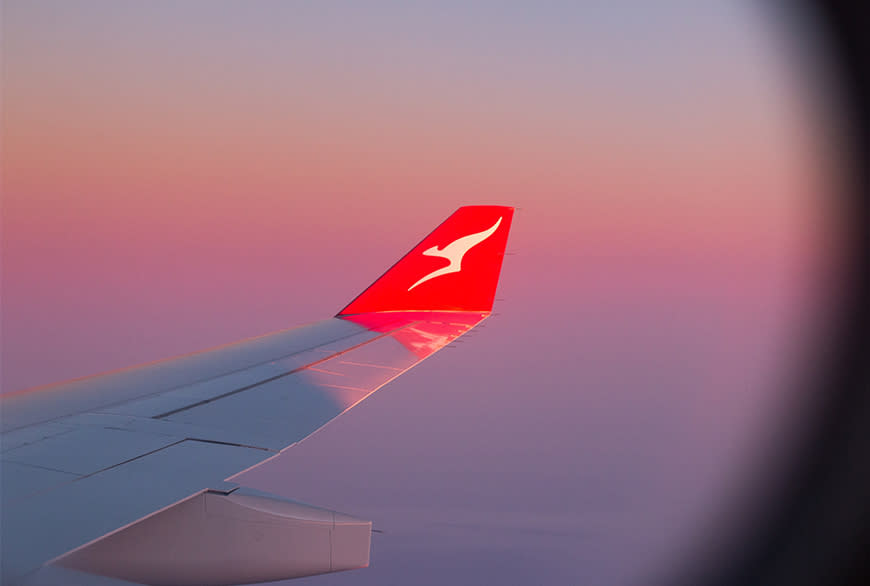 Airlines have people problems. People have airline problems. This has been the case for a very long time. Truth is, two entitles need each other—people really are the only reliable customers for air travel—but are currently prevented from transcending their turbulence. It’s complicated.

But it can be less so. It should be. This is what I’m thinking, after reading about a young person named Alex Jacquot and his recent encounter with Qantas, Australia’s largest domestic and international airline. The incident suggested that transparency, respect, and humility can go a long way to repairing human-airline relations.

Young Jacquot wrote—handwrote!—a letter to the CEO of Qantas, Alan Joyce. “I’m Alex Jacquot, a 10 year old boy (Plea…” he began and then ran out of page and jumped to the next line: “…se take me seriously).” Jacquot then said he was the CEO his own airline, “which, by the way is called Oceania Express.” He included some boyish information about his staff, asked a few decoy questions, and then got down to business: “I’m thinking about, as you are, an A350 for Sydney/Melbourne to London flights. Seeing it is a 25 hour flight, we are having a lot of trouble thinking about sleep. Do you have any advice?”

It’s clear that whatever else this kid’s been up to, he’s also been reading the press on Qantas’ Project Sunrise, ultra-long-range flights that would travel from Sydney and Melbourne to New York and London. They announced the initiative in June 2018.

While this business-letter exchange was originally conducted priavely, its brilliant amplification by social media makes it into something else.

I learned of the epistolary exchange from the airline’s anonymous Twitter pilot, who clearly understood the virality of this 10-year-old’s charisma. Included in the tweet—which currently has 29,000 retweets and 80,000 likes—is an endearing, typed, one-page response (on Qantas letterhead) from Joyce. It’s a relevant document for airline executives to read, provided they know how to decipher it. Reading though the encounter, one notices four lessons:

The episode shows that the Australian airline is unafraid to have its leader speak, in a human voice, with an actual member of public. When’s the last time you saw such a friendly appearance from an airline’s leader? “I too was once a young boy who was so curious about flight and its possibilities,” Joyce writes to his correspondent.

This kind of public dialogue is most welcome. By presenting Joyce in conversation with a real person—and we must note that while their rather old-fashioned business-letter exchange was originally conducted privately, its brilliant amplification by social media makes it into something else—Qantas does considerably better than your average airline at bringing their leadership forward in a relational way.

The Jacquot-Joyce correspondence demonstrates, by the latter’s professional-yet-friendly tone—he calls his correspondent “Mr. Jacquot” and quietly corrects his data on ultra-long-haul flights—that he recognizes the young man’s humanity. He does, as requested, take him seriously. This extends even to the way the Qantas Twitter account frames their conversation: “Our competitors don't normally ask us for advice, but when an airline leader reached out, we couldn't ignore it. Naturally, there was only one way to respond: CEO to CEO.”

The boy did eventually visit Qantas’ Operation Centre—and was treated with appropriate respect. This showed that a leading airline executive was willing to make time for such a young person, and that is significant. It tells the public that the leadership cares.

3. Sound a Note of Humility

Passengers’ investment in an airline, monetary and emotional, is what fuels the business.

We see a bit of humility from Qantas, of which we see far too little from our airlines. In Joyce’s letter, the CEO admits that he doesn’t have all the answers. “Now to your troubles about sleep on 21-hour flights, this is something we’re grappling with too.” I won’t go so far as to suggest that Joyce deals with the complications of a designer’s ego, but his willingness to admit, on the record, that Qantas doesn’t know everything and is committed to learning as a significant part of the innovation process, matters.

4. Design in Public with Passengers

With Project Sunrise, Qantas seems to understand the real benefits of designing in public. “We want to think up as many ideas as possible to make the journey more comfortable for all,” Joyce tells Jacquot, adding: “I’d like to invite you to a Project Sunrise meeting between myself, as the CEO of Australia’s oldest airline, and you as the CEO of Australia’s newest airline.” He is extending a personal invitation to iterate!

The invite is perhaps a bit less remarkable than it sounds. Customer feedback is an essential part of Project Sunrise. “Customers are sharing some incredibly imaginative ideas, which is an exciting challenge and helps us to think outside of the box to redefine the ultra-long haul experience,” Qantas Industrial Designer David Caon told Reuters. We know from our work with Southwest Airlines, how important it is to prototype new innovations, and to incorporate user feedback into the designs and they evolve.

If you’re an airline executive—actually, if you’re an executive of any stripe—you should pay close attention to this exchange. There’s much to be gained by working to connect, in a human way, with the public. Qantas’ success reveals both a means of communicating with, and co-designing with, flyers. The fact is, passengers’ investment in an airline, monetary and emotional, is what fuels the business. Any airline concerned about the ultra-long haul must find better ways to correspond with their customers.

Photo by John Kappa on Unsplash