In Networked Teams We Trust
Continuum 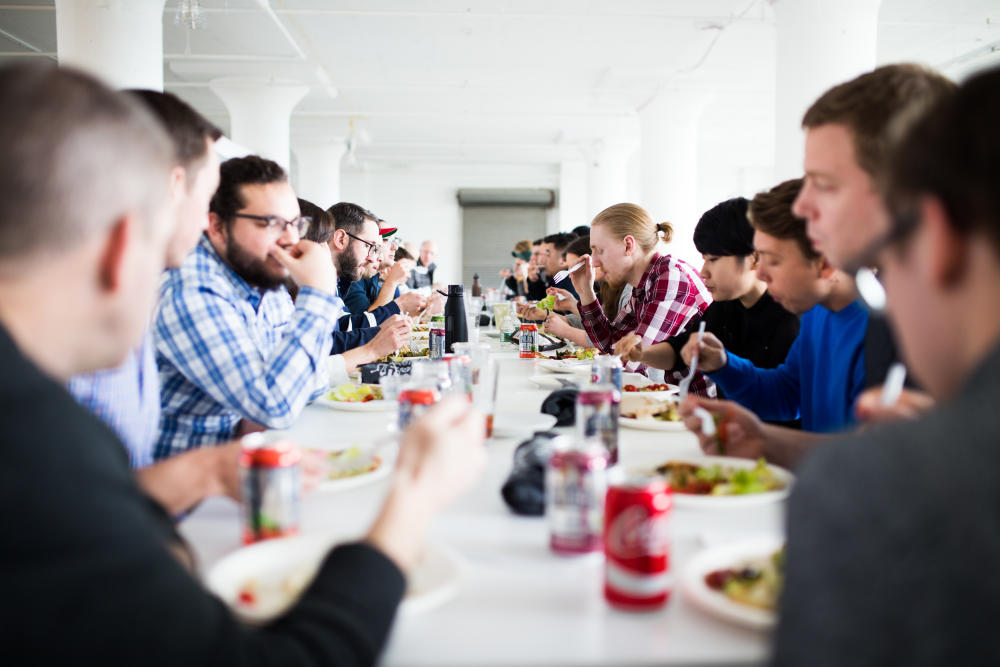 We recently wrote about networked teams. In interviewing colleagues about the topic, we heard the same word again and again: Trust. Trust, we learned, is what powers our networks. There must be trust between teammates. Trust between us and clients. Trust between companies and their customers.

The issue of trust is especially relevant because, right now, distrust is everywhere. “If there is one singular issue that defines the intersection of business and policy at this moment, it is a deepening trust deficit,” writes the New York Times.

Trust matters because the complexities of modern business transformations demand a networked approach, one that involves all kinds of partnerships, but many organizations and many employees aren’t used to this kind of collaboration. Such a capability can be learned—but it takes care, time, and attention.

Chris Michaud, Head of EPAM Continuum, says trust is “the foundation underpinning high-performing teams” and that networked teams is “a scaled approach to creating high-performing teams. To succeed, senior executives, who often have different responsibilities, must take time to understand and develop a strong sense of trust, which in turn needs to happen across many levels within each of their functional areas. This is a key enabler of productive, cross-silo collaboration which business transformation requires.”

"You can see there’s a lack of trust when you’re not allowing co-ownership. I’m willing to vouch.”

Michaud mentions Dunbar’s number, the idea that we can only know and trust 150 or so people, and says: “My 150 needs to include the 25 other domain experts.” Why? It’s a matter of mutual support: “They’re covering my direct team’s blind spots and my team is covering their blind spots.”

Kevin Labick, SVP, Digital Engagement at EPAM, talks about a “vouching system,” in which he and his fellow leaders can confidently recommend, and accept recommendations from, each other. “You can see there’s a lack of trust when you’re not allowing co-ownership,” he says and adds: “I’m willing to vouch.”

Building trust takes time and patience. Dan Kjaergaard, Head of EPAM’s Retail & Distribution Practice, says the only way to do so is if people “are patient with each other.”

This notion is supported by Tarun Khanna, the Jorge Paulo Lemann Professor at the Harvard Business School and author of Trust: Creating the Foundation for Entrepreneurship in Developing Countries. “People coming together almost inevitably have differing objectives and, often less appreciated, different time horizons,” he says. “So we might all be willing to do the ‘right’ thing that gets us to work together, but the timing with which we incur our private costs and reap our private benefits might differ.”

For Matt Wakeman, CIO Advisory and Technology Consulting at EPAM, the central task is being “intentional about the level of ask that you make, relative to the relationship that you’re building with somebody.”

Which is to say: those looking to network their teams should focus, at first, on building a rapport at the appropriate introductory speed. (Wakeman warns against trying to take “shortcuts.”) Once you’ve established trust, learned to communicate properly, and then have finally collaborated, it’ll make things easier for future engagements. Afterwards, you put your common history to work, speedily, for the next client.

Khanna says that just recognizing that different people have different time horizons, and that some emotional labor might be involved in synchronizing them, helps forge trust.

In truth we’re still pretty new at networking our teams (EPAM acquired Continuum in March 2018). Bringing our technical and design groups together, for instance, has required some recalibration.

Alison Kotin, Senior Innovation Consultant, Interaction Design at EPAM Continuum, talks about her experience with the trust-building process this way: “A lot of it is about understanding the why behind the what. That lets you work in a collaborative way rather than just passing things back and forth.”

In learning to work together and with the client, she says, they developed a deep understanding of everyone's needs. When you understand why a teammate needs a particular thing at a particular time, “you’re empathically motivated to help them,” says Kotin.

Getting managers and employees into the proper trusting mindset requires work. To show that trust, you must create a space where ideas can be freely shared. As Kjaergaard puts it: “You need to be able to speak your opinion without getting into trouble.”

This aligns with Amy Edmonson’s notion of “psychological safety,” which she defines in a paper for Administrative Science Quarterly, as “a sense of confidence that the team will not embarrass, reject, or punish someone for speaking up. This confidence stems from mutual respect and trust among team members.”

One way to build confidence: making work more transparent. Part of this involves taking the time to share each person’s expertise and workstyle with all members of the team. Michaud talks about how EPAM Continuum project managers often kick off a project with a “readout” of a proposal, asking every team member questions such as:

These questions force project members to have an early conversation about the work, revealing both abilities and vulnerabilities—and the latter is key: “We have a natural tendency to trust people who are willing to be vulnerable in front of us,” says Michaud.

“We have a natural tendency to trust people who are willing to be vulnerable in front of us.”

Labick talks about how EPAM has used the “semester abroad” approach—by embedding EPAM employees in newly acquired companies. He says these people become connectors between the organizations and ultimately act as trusted go-betweens. “We know it works.”

But embedding teammates is not always an option for global teams. Long-distance communication, notes Kotin, can be a challenge. “Written communication and phone communication is really hard to manage as your sole mode of interaction,” says Kotin.

To remedy this, she says the teams must “really make an effort to meet and get to know people on more personal terms.” She recommends finding time, if and when co-located, to go out for a meal “to get a sense of each other’s personalities.” This mirrors legendary business author Tom Peters’ injunction to use lunch as a tool for improving cross-functional relationships.

Of course, the means of creating trust are evolving—right now, this very moment, in our project rooms, in pitch meetings, onsite with clients. We’re confident that the trust being created today will deepen and develop over time. Watch this space to read how it plays out.