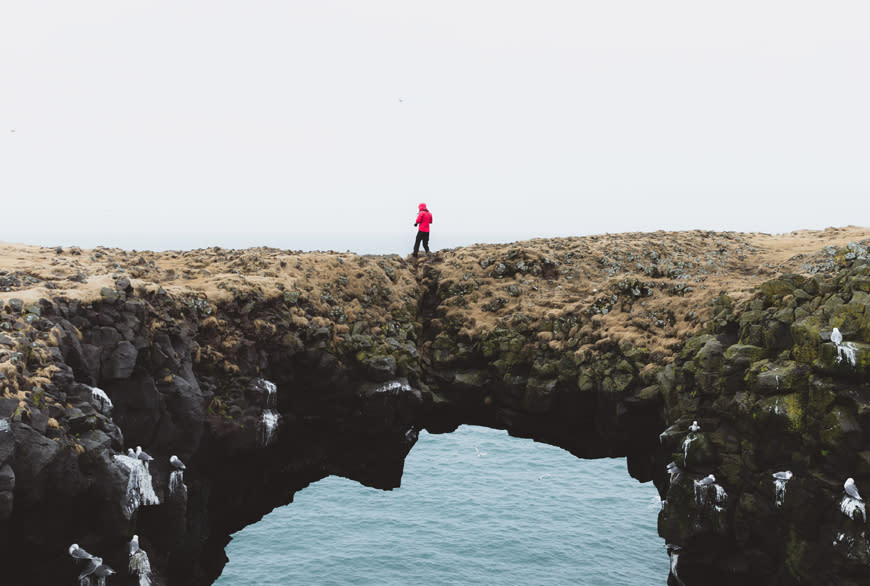 I first met my daughter, Michela, in a Romanian orphanage. The year was 1996. I was just so happy to meet and hold her. But what I didn’t know when I picked up this tiny child was that she was quite malnourished, as were all the children in the orphanage, and that the about-to-be-adopted orphans had been given chocolate treats just before we, their future parents, arrived. The treats were too much for her, and she promptly vomited on my brand-new jacket.

We moved past the jacket incident, and our life together has been, on the whole, rich and happy. Raising her to adulthood—she’s now in her twenties—has been my superb privilege, but it has challenges. Michela suffers from an intellectual disability and associated childhood traumas, and this has endowed me with my share of worry, and the worries increase when I think about her future. Through my daughter I’ve had the privilege of getting to know many of her friends, their parents, and a wide array of therapists and teachers. I’ve learned that the world isn’t generally designed for people with lower IQs and that, in the near future, even people with average intelligence may be marginalized.

In the near future, automation may marginalize even those with average intelligence.

As the Chief Designer of EPAM Continuum, I’ve spent over three decades using human-centered design to make the world a better place. EPAM Continuum’s motto is The Future. Made Real.™… and I often think about what my daughter’s future will look like and that of many others. For instance, I recently read in the Financial Times that Citi is going to halve its technical and operational workforce—jobs that surely require high IQs—because of automation. Where will she, and others on the lower end of the IQ spectrum, fit into this scenario?

It’s a rather frightening scenario, in fact. Forces such as automation, renewable energy, and the Internet of Things; products such as self-driving cars and drones; and companies such as Airbnb, Amazon, and Uber, among others, will inadvertently make a breathtaking number of jobs obsolete. This consequential lack of meaningful employment for many will erode individual pride, damage communities, and inflames social and political divides. This will be difficult for people with ordinary, or even above-average, IQs, and nearly impossible for the intellectually challenged.

Everyone needs a chance to do work that bolsters their self-worth. By applying human-centered design principles to corporate, institutional, social, and educational contexts, it will be possible to employ inclusive and enabling technological innovation. This may allow us to salvage this huge human potential for the benefit of all.

By applying human-centered design principles to corporate, institutional, social, and educational contexts, it will be possible to employ inclusive and enabling technological innovation.

How can we even begin thinking about closing the intellectual divide? Two ways.

The first centers around big data. Much thought has been given to how data can improve medical diagnostics, journalism, even crime-fighting. Many smart people have been talking about AI ethics, machine learning in law, and even how AI might be used to remove the drudgery from labor. But not much—not enough—thought has been devoted to how AI might help people with intellectual disabilities find a meaningful place in the world. That should change.

What if we were able to collect data from social service, therapeutic, and educational institutions, combine it with our ubiquitous devices, sensors, cameras, social media platforms, and actual parental experiences, and employ the whole as a means of augmenting intelligence in a tailored way for each individual who could truly stand to benefit from it? What if we could use the data to create relevant dashboards to assist them in their daily lives? What if, instead of making, say, Elon Musk super-humanly intelligent, AI, could allow those, like my daughter, to function better in society, and facilitate society’s interactions with her? And in so doing provide peace of mind to countless other individuals and families

Such strides would be extremely beneficial to society—potentially lowering overall costs while paving the way to business innovations as well. As a parent, I’ve invested much money in making sure my daughter has all the support she needs, and I know I’m not the only parent who has done so. Public schools and governmental agencies too have invested. There’s much need and much untapped opportunity for the world’s businesses and digital wizards to create solutions here.

The second element to consider: interfaces. With the mainstreaming of augmented reality and virtual reality, we’re seeing new kinds of interface—one that’s extremely immersive, instantaneous, and seamlessly connected to our consciousness. Why not think of how these human-centered digital and physical interfaces can help create more meaningful relationships for those who are otherwise cut off?

Our human IQs, no matter how high they are, become less valuable as AI’s progress hurtles forward.

We could employ such interfaces as translators that can reach into the otherwise silent and anxious lives of the intellectually disabled. Those who experiment in this arena aren’t generally focused on people like my daughter, but perhaps they should be.

The truth is, as machines get infinitely more intelligent, human intelligence itself starts to lack value. We are all, that is, getting more and more like my daughter. Our human IQs, no matter how high they are, become less valuable as AI’s progress hurtles forward. In some ways, people with intellectual disabilities are at the leading edge of this divide, and by focusing on their needs as well as their potential, we can uncover new opportunities for the many more who are becoming economically and socially disabled. We need to adopt and apply human-centered design to our future, so that the great majority don’t wind up without purpose or hope, orphaned by automation.

Photo by kyler trautner on Unsplash